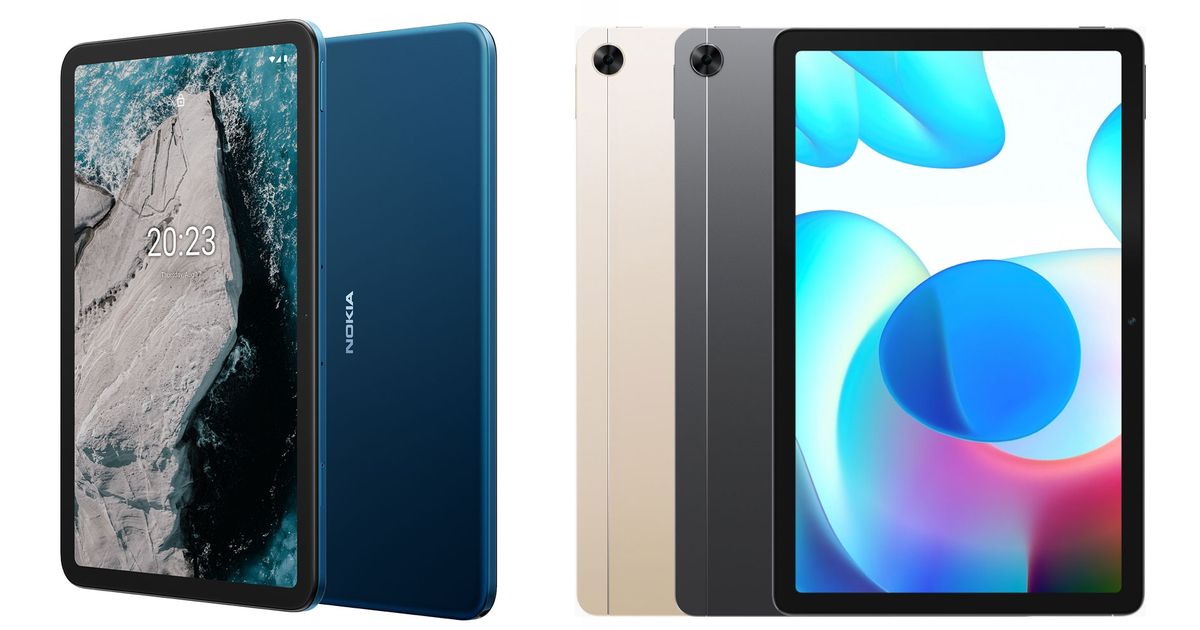 If there is one point on which our duelists are alike, it is at the level of the screens. These tablets both have 10.4-inch IPS panels and display 1200 x 2000 pixels. Small office advantage for the Nokia model: its anti-scratch coating makes it a little more robust than its competitor.

In pure performance, the T20 also wins over the wire. It owes this round to its contrast, which is significantly higher (1764:1 against 957:1 for the Realme model), which also compensates for a not foliochonne colorimetry. It is indeed too cold, as evidenced by our measurement of 8577 K, far from the 6500 K of the reference standard. Its delta E of 5.9 reveals some additional colorimetric drifts. The Realme model, for its part, displays equivalent brightness (450 cd / m² against 444 cd / m²), an equally cool color temperature (8944 K) and a slightly lower delta E (3.3). Note that these two tablets do not allow the display to be adjusted according to the user’s preferences.