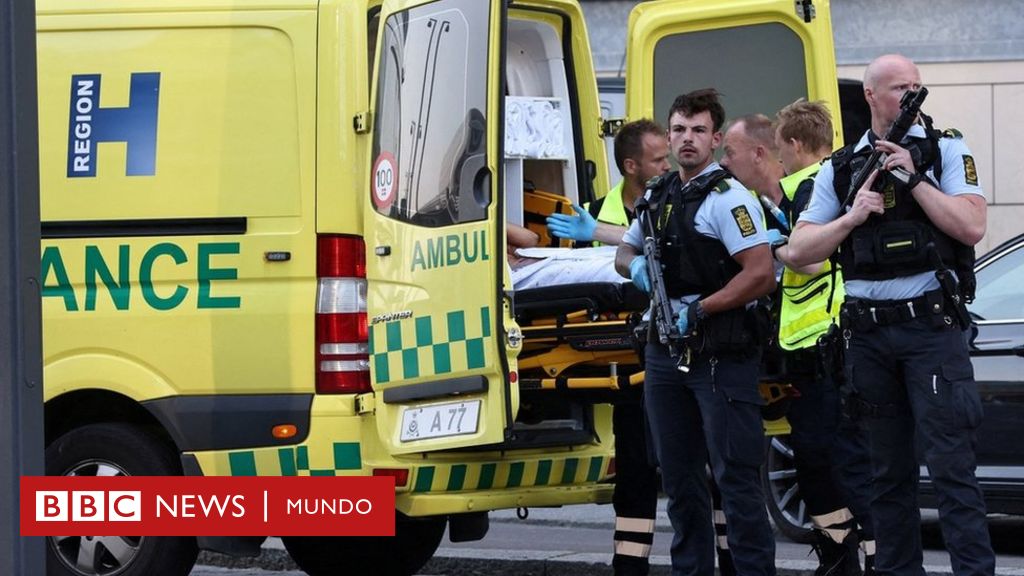 At least three people died and several were injured after a mass shooting occurred this Sunday in Copenhagen, the capital of Denmark.

According to the police report, which did not specify the total number of injured, three of them are in “critical condition.”

“There are numerous injuries, and what we also know now is that there are several deaths,” Copenhagen police chief Soeren Thomassen told reporters.

Prime Minister Mette Frederiksen condemned the shooting and assured that the authorities continue to investigate what happened.

“Denmark was hit by a vicious attack on Sunday night. Several were killed. Even more were injured,” he said.

“Our beautiful and usually so safe capital was changed in a split second,” he added. Denmark’s royal family said its “deepest condolences” went out to “the victims, their families and all those affected by the tragedy.” We do not yet know the full extent of the tragedy, but it is already clear that more people have lost their lives and even more have been injured,” said the joint statement from Queen Margaret, Crown Prince Frederik and Crown Princess Mary.

What is known about the attacker

Thomassen reported that a young Dane 22 years old was arrested in connection with the attack and, according to the initial report, although the motive was not clear, it did not rule out that it was an “act of terrorism”.

Police said there was no indication that other attackers were involved and urged store owners to preserve any surveillance video they might have. Authorities described the suspect as an “ethnic Dane”.

Eyewitnesses have spoken of panic among shoppers at Field’s shopping center in the south of the city.

Following the shooting, organizers of a nearby Harry Styles concert announced that the event it would be cancelled.

The Danish royal family also canceled a reception that was to be hosted by Crown Prince Frederik.

Field’s is the largest shopping center in Denmark, with more than 140 shops and restaurants.

The multi-storey shopping mall is located on the outskirts of Copenhagen, right across from a metro line that connects to the city center.

Denmark last saw a major extremist attack in 2015 when two people were killed at a cultural center and synagogue in Copenhagen.

What to drink in the morning to lose weight?

A university hat to celebrate the CEB: “unquestionably absurd”, castigates a UMons researcher