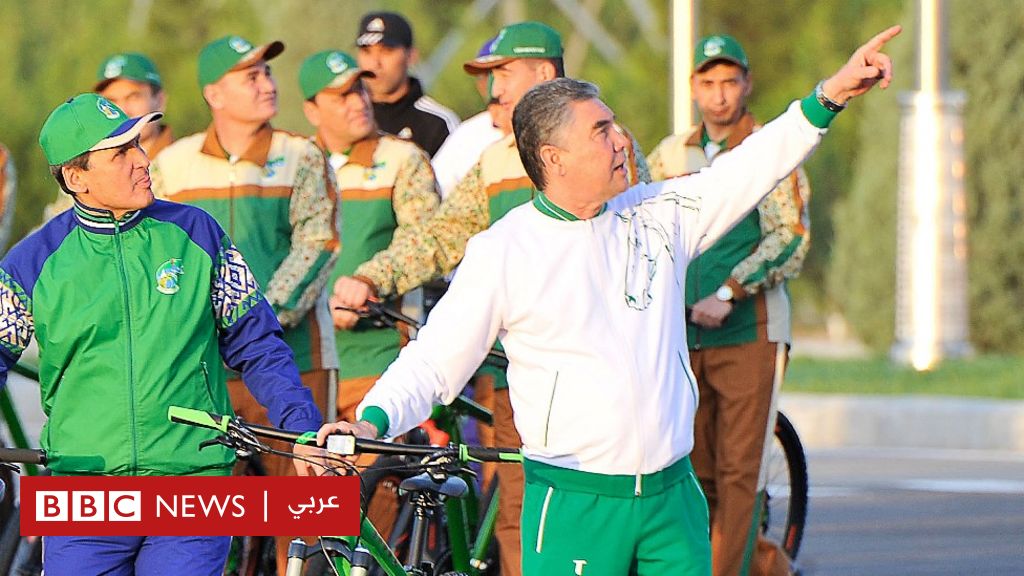 Turkmenistan is among a few countries, such as North Korea, that says it has no cases of coronavirus. But reports say it is going through the third and perhaps the strongest stage of Covid-19.

Sayhat Kurbanov, who is not his real name, tells his story with the infection of the virus in his country. Kurbanov suffered from suffocation, and he longed for air to enter his lungs as if he was in a marathon, and he felt unbearable pain in his chest. They were all symptoms of the Corona virus, but the problem was that it was in Turkmenistan, where there are no official patients infected with this virus.

When Mr. Kurbanov called the ambulance last month, the doctor told him that he had pneumonia and that he should go to the hospital urgently. Kurbanov knows that doctors in his country tell the person with corona that it is a case of pneumonia.

On his way to the hospital, Kurbanov succeeded in contacting the clinic where he had taken the Corona test swab several days ago. A quiet voice came to him from the other side and told him the result was positive, to ask shouting, “Positive what? Is it Corona”, to get the answer “Yes”.

Some time later, Kurbanov discovered that a person with corona was never given any paper to prove this in Turkmenistan.

The first hospital to which the ambulance arrived refused to receive the case because the hospital was full. He adds, “I almost died on the way, the virus developed quickly and I felt a lack of oxygen. I hit the driver’s windshield and screamed and demanded to stop the car because I could not breathe. They gave me oxygen, but this did not relieve Much suffering.”

The second hospital also refused to receive him, because his data is not registered in the capital, Ashgabat.

Kurbanov continued, “I began to get nervous, and asked the doctor what to do now, should I die here!”

Kurbanov contacted a doctor he knew in the hospital and begged him to help fix the matter. After several calls, and heated arguments, he was allowed to enter the hospital. His condition did not change for five days.

Kurbanov says: “I could not breathe, I was suffocating as if everything inside me was clinging, and I had anxiety attacks due to shortness of breath. It was as if I went under water and could not rise to the surface.”

Kurbanov yelled at the nurses to give him anything to reduce the pain. “Admission to a hospital in Turkmenistan is not enough to guarantee care. Doctors in these hospitals and nurses ignore patients and do not examine them unless calls come from an important person.”

The hospital did not have enough staff, as two nurses tended to more than 60 patients, and sometimes the cleaning lady gave injections to the patients.

The nurses told of patients who had died in front of them due to the lack of ventilators, and the failure of oxygen machines. The bill for Mr. Kurbanov’s treatment came with nearly $2,000 – a huge amount in Turkmenistan – for medical service and bribes.

Foreign media in Turkmenistan are talking about a third wave of the epidemic, but almost everyone inside the country is afraid to talk about it. One of the country’s news websites has published more than 60 deaths from Covid-19 since the beginning of the pandemic.

Turkmenistan’s authorities do not disclose coronavirus cases, and the country’s president, Gurbanguly Berdymukhamedov – a former dentist – uses the nation’s healthy image as the core of state propaganda, and acknowledging the country’s impact on the epidemic could undermine the legitimacy of his regime.

However, one case last year nearly exposed the hoax, when a Turkish diplomat – named Kemal Oçkin – fell ill in the capital, Ashgabat. Uchkin suffered from the typical symptoms of infection with the Corona virus, which are: chest pain, sweating, and a high temperature, but his condition was diagnosed as pneumonia.

The diplomat’s wife sent her husband’s x-rays to Turkish hospitals, all of which confirmed that it was a case of Covid-19.

She tried every means to return her husband to Turkey, but the Turkmen authorities refused to allow an equipped medical plane to transport him outside the country, and issued a travel permit several hours after the death of the Turkish diplomat. Mr. Uchkin’s body was embalmed, and forensic experts were unable to find traces of the coronavirus.

Turkmenistan authorities have introduced some quarantine measures to stop the spread of the disease, but the government is determined that Turkmenistan is free of covid-19 thanks to its “preventive measures”.

In the hospital where Kurbanov was treated, the doctors and staff there did not use the words corona or covid.

“Doctors there say ‘this virus’ or ‘this disease’ and I ask them if it is Covid? They nod silently,” says Kurbanov.

Mr. Kurbanov received a health warning letter from the government during his stay in the hospital, recommending that he wear a mask due to the spread of dust in the air. And Kurbanov continues: “Do we die because of the dust? They will let the people die, but they will never admit that the cause is Covid.”