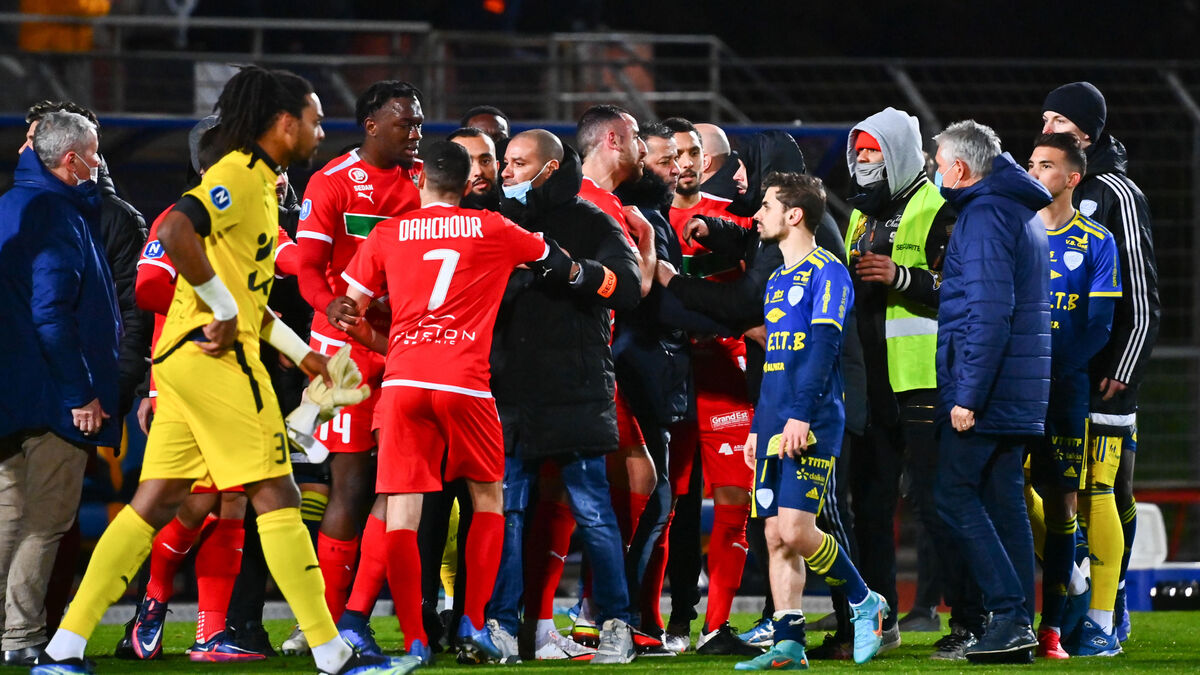 A new football weekend and a new meeting. “Le Parisien” invites you to analyze and decipher the results of amateur clubs in Île-de-France. After the very eventful National evening in Créteil on Friday, all eyes were on the women’s D1 and the National 3 this Saturday and Sunday in the absence of a National 2 day.

The poster for the weekend: Racing held back by the reserve of Paris FC

Undefeated since September 4, Racing, leader of National 3, recorded a 13th match without defeat (10 wins, 3 draws) against the reserve of Paris FC (0-0), reinforced by pros in recovery (Mandouki, Campanini) and with the young people who have appeared in L2 in recent weeks (Koré, Gueho). But Guillaume Norbert’s team can be frustrated given their dominance, especially in the second half. The 3rd goalkeeper of the PFC pro squad, Obed Nkambadio (19), international U18, performed well in his goals. On the Parisian side, Cyril Mandouki, victim of a ruptured hamstring on September 21 in L2 against Nîmes (2-0) then operated, made his comeback in an official match. The L2 team captain played 62 minutes. In the standings, Racing retains its five-point lead over its runner-up, PSG (b), hooked by Le Blanc-Mesnil (2-2). .

The performance of the weekend: Drancy curries Ivry

Great performance for Philippe Lemaitre’s team. Drancy, who was flirting with the relegation zone, largely won at Ivry (1-5) thanks to goals from Do Sacramento (csc), Loan Go, Anthony Georges and a double from Sayon Keita. The JAD goes back to 10th place, 3 points from Ivry (9th).

The player of the weekend: Batcheba Louis

The GPSO Issy striker, where she arrived in 2017, chose her match well to unlock her counter this season. The 24-year-old Haitian international scored twice, the first of her career in women’s D1, on Saturday against Soyaux (5-1). This second victory of the season allows his team to return to the race for maintenance. Still penultimate, the Chouettes d’Issy are only three points behind Soyaux (10th).

The sentence: “It’s been a month since the president has had my resignation on the table”

After Friday’s defeat against Sedan (1-2) marked by scuffles between the two teams, Manu Da Costa, coach of Créteil, 17th in the National, showed his support for his players and his president. But he also wanted to settle scores, attacking those who would put obstacles in his way internally: “It’s easy to shoot the players, they are there, they don’t let go like the staff who are present, which does the job. All the people who say everything and anything, that President Lopes does not suffer from the current situation, do not know him. People who think that there is no change, because my name is of Portuguese origin, that there is a pact with the Portuguese of Créteil, do not know me either. The president has had my resignation on the table for a month. “He continues, moved:” But I’m not a careerist, I don’t think only of myself. Jumping ship would be easy and cowardly. I have a lot of affection for this club, my management, but there are a lot of things that people don’t know and fortunately… Me, the dirty linen, I wash it as a family. Today, my threshold and my level of acceptance of things are at their maximum. »

Winners on Saturday at Guingamp (5-2) with five different scorers (Corboz, Ribadeira, Mateo, Ould Hocine, Bourdieu), the Paris FC girls won their 4th success in 4 games in 2022. They consolidate their 3rd qualifying place for the Champions League with six points ahead of Fleury, beaten against PSG (0-4). The Paris FC – Fleury derby on Friday March 11 at the Robert Bobin stadium will be decisive. But before this meeting, the two teams will offer themselves a rehearsal since they will face each other next Saturday (2:30 p.m.) at the Charléty stadium in the quarter-finals of the Coupe de France.

Among young people: Montfermeil stands out

In this weekend devoted to late matches, the performance came from Montfermeil in the U19s. The 9-3 team blew up (4-0) Amiens, yet well installed (3rd) on the Group A podium behind PSG and Drancy. Striker Noham Bensoula scored a hat-trick. Montfermeil gives itself some air by going up to 8th place.

Guyana: how to reinvent agriculture in Maripasoula?

War in Ukraine: what effects can be expected from unprecedented financial sanctions against Moscow?