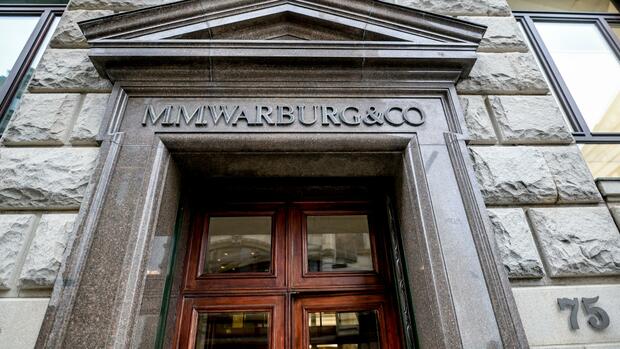 In the first criminal case, the MM Warburg Group was sentenced to a payment of 176.5 million euros. The judgment is not final, the bank rejects the allegations.

Cologne The Bonn Regional Court is setting the pace. Only a few weeks ago the judges admitted the indictment against four partly former bankers of the Hamburg private bank MM Warburg. The main hearing is due to begin shortly: the trial in Bonn will start on November 17th, as it became known on Friday. Ten main hearing dates are currently planned until January.

The banks and investors involved aimed solely at having capital gains tax paid out twice or even more than once, which had not previously been paid. Experts put the damage in the tens of billions.

In the spring, two stock market traders were convicted of complicity or aiding and abetting in serious tax evasion. They got away with suspended sentences because they made a significant contribution to solving the affair. The main defendant had unpacked early to the public prosecutor. His information ensured that about 30 further investigations were initiated.

The omens in the upcoming second criminal case are completely different. According to reports, this time it amounts to a main confrontational negotiation. The four defendants have so far not wanted to comment publicly on inquiries from the Handelsblatt.

The defendants also include the former MM Warburg general representative Christian S., a close confidante of the former bank manager and partner Christian Olearius. Olearius is also accused, according to insiders an indictment against him is imminent.

However, it can be heard that the bankers take the position, at least in part, that they did not act deliberately at the time. On the other hand, after the decisions of various courts, it is now largely clear that the cum-ex transactions were illegal in tax law.

According to the findings of the Cologne Public Prosecutor’s Office, the four men were more or less closely involved in the business and knew about the purpose of the business. The MM Warburg Group itself was involved in the deals in its own trading and had Cum-Ex products on offer for investors through the fund subsidiary Warburg Invest. The proceedings concern both businesses.

In the first criminal case, the MM Warburg Group was sentenced to a payment of 176.5 million euros. The judgment is not final, the bank rejects the allegations. In the second procedure, which will begin in mid-November, the bank is spared one procedure.

More: Why many cum-ex cases could become statute-barred – and how politicians want to prevent that

In nine months, the crisis wiped out nearly a year and a half of intense job creation