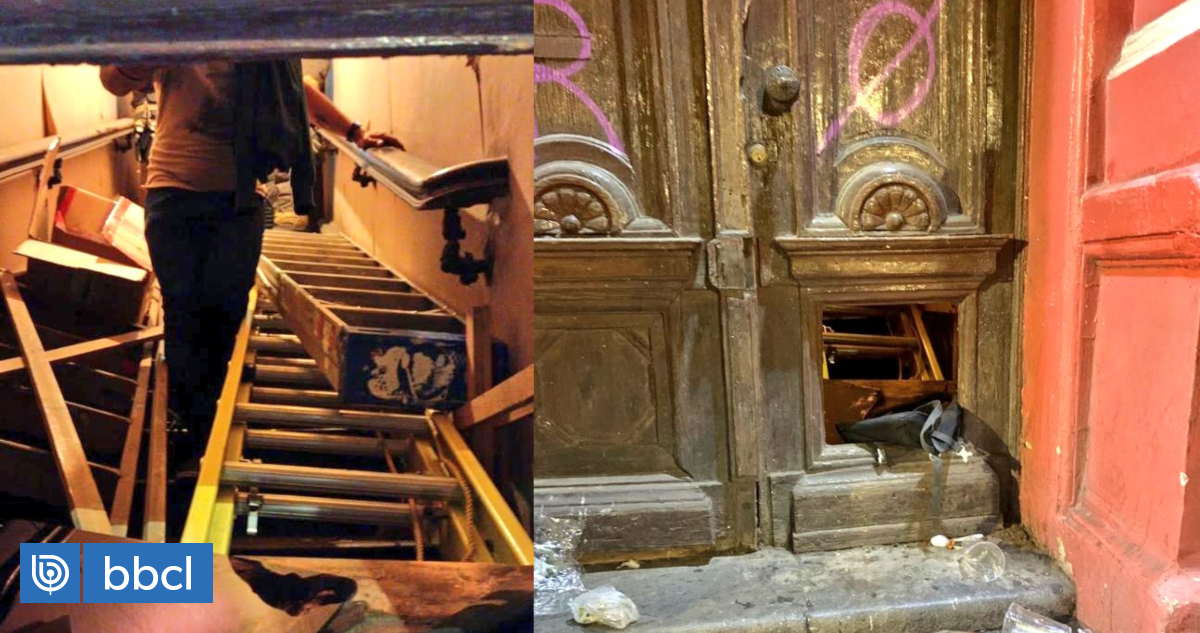 A group of criminals entered the Santiago Fire Department Headquarters to steal uniforms and computerss, causing damage to the building, within the framework of the excesses originated on the third anniversary of 18-O.

“Firefighters of Chile categorically reject the vandalism that was the object, this afternoon, of the facade of the General Headquarters of Santiago. Reprehensible acts like this will not intimidate us and should be rejected by the entire community, the same one we serve,” the institution said on its Twitter account, showing images of the damage.

The Fire Superintendent, Marcos Cumsille, indicated that two young people – possibly minors – entered the General Headquarters using a blunt object, with which they broke a door through which they entered the place.

In the first instance they entered the Fire School of Santiago, there they stole uniforms that were in a box and from the window they threw them out to two accomplices.

They also stole computers and other office products, they also tried to enter other areas, causing a series of damages in the building. They also intimidated a guard who was in charge of guarding the place.

“What is here has a lot of moral value, the Fire Department was founded, for 160 years we have lived here, here we have watched over our martyrs, it is a barracks that has a lot of emotional charge for us but in general things of value, what is in any office like computers”, Cumsille pointed out.

Along the same lines, the volunteer explained that they have not yet made an appraisal of what was stolen, but that they preliminarily estimate that they stole just over $3 million in different species and that they caused damage for between $2 to 3 million.

𝗔𝗠𝗣𝗟𝗜𝗔𝗠𝗢𝗦: Antisocials not only vandalized the facade, but also stole computers, uniforms and equipment from the Bomberil Training School. pic.twitter.com/jAPAB2REmI