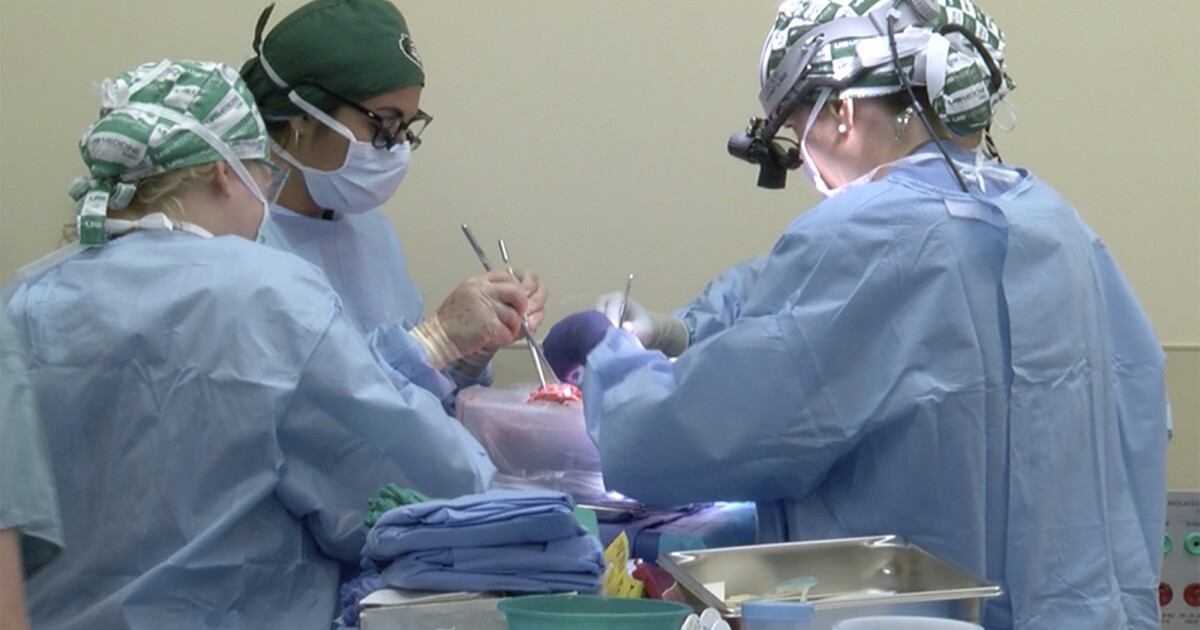 Researchers have reported the latest in a surprising series of life-saving experiments with organs from genetically modified pigs.

This time, surgeons in Alabama transplanted pig kidneys into a brain-dead man, the test of an operation they hope to try on living patients as early as this year.

“The organ shortage is, in fact, an absolute crisis and we’ve never had a real solution to it,” said Dr. Jayme Locke of the University of Alabama at Birmingham, who led the latest study and aims to start a clinical trial of pig kidney transplants.

Similar experiments have made headlines in recent months as research into animal-to-human transplants intensifies.

Twice this year, New York University surgeons temporarily attached a pig kidney to blood vessels outside a deceased recipient’s body to see them function. And earlier this month, surgeons at the University of Maryland Medical Center gave a dying man a gene-edited heart from a pig that is keeping him alive so far.

But scientists still needed to learn more about how to test such transplants without risking a patient’s life. With the help of a family who donated the body of a loved one to science, Locke mimicked the way human organ transplants are performed, from removing the kidneys from the “donor” pig to sewing them inside the deceased’s abdomen.

The investigation was carried out in September after Jim Parsons, a 57-year-old Alabama man, was declared brain dead from an accident at an off-road motorcycle race.

After hearing that this type of research “had the potential to save hundreds of thousands of lives, we knew without a doubt that Jim would definitely have approved of it,” said Julie O’Hara, Parsons’ widow.

The need for another source of organs is enormous: While more than 41,000 transplants were performed in the United States last year, a record, more than 100,000 people remain on the national waiting list. Thousands die each year before obtaining an organ and thousands more are never added to the list.

US fights the crisis of missing indigenous women

Oil stabilizes after approaching $90 for Brent