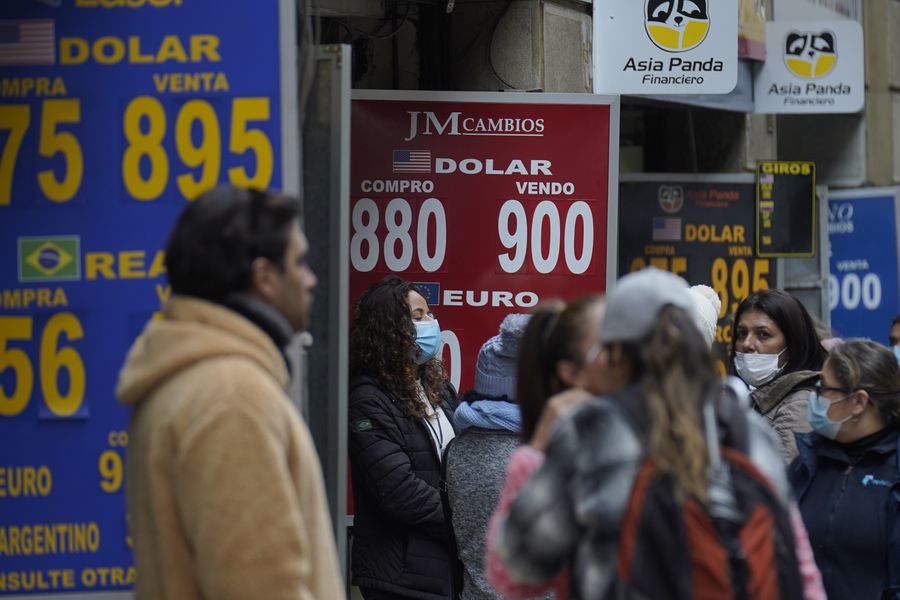 The price of the dollar closed higher this Tuesday in line with the advance of the currency globally and the decline of copper, after weak economic data released in China, the second largest world economy, which led the central bank of that country to reduce interest rates.

In this way, $167,132 is now located under the all-time high of $1,051 reached on July 14 and what did it take the Central Bank to implement a foreign exchange intervention to stop the upward escalation of the currency.

“The price of the dollar shows few movements today, with some upward pressure after the weak data from China at the beginning of the week that weakened copper and boosted the currency worldwide”, said Ricardo Bustamante, head of trading studies at Capitaria.

The dollar indexwhich measures the behavior of the currency against a basket of six liquid currencies, including the euro, rose 0.07% to 106.36 points.

Meanwhile, three-month copper futures, the country’s main export, fell 0.18% to US$3.61 a pound on the London Metal Exchange.

Yesterday the People’s Bank of China, surprisingly cut the interest rate by 10 basis points, leaving it at 2.75%.

The decision was made after production data and retail sales were lower than analysts’ estimates and a sharp drop in orders to industries.

At the local level, the Central Bank did not make major changes in its foreign exchange intervention process this week.

US$125 million will be tendered daily in the spot market and US$750 million in 1-month forward operations, the latter contemplating the renewal of US$500 million that are due after the first month of intervention.

With this week included, about US$3.6 billion have already been used in the spot market and US$7.85 billion in the forward market, of the total US$20 billion committed for these lines of foreign exchange intervention, Bci Estudios said in a report.