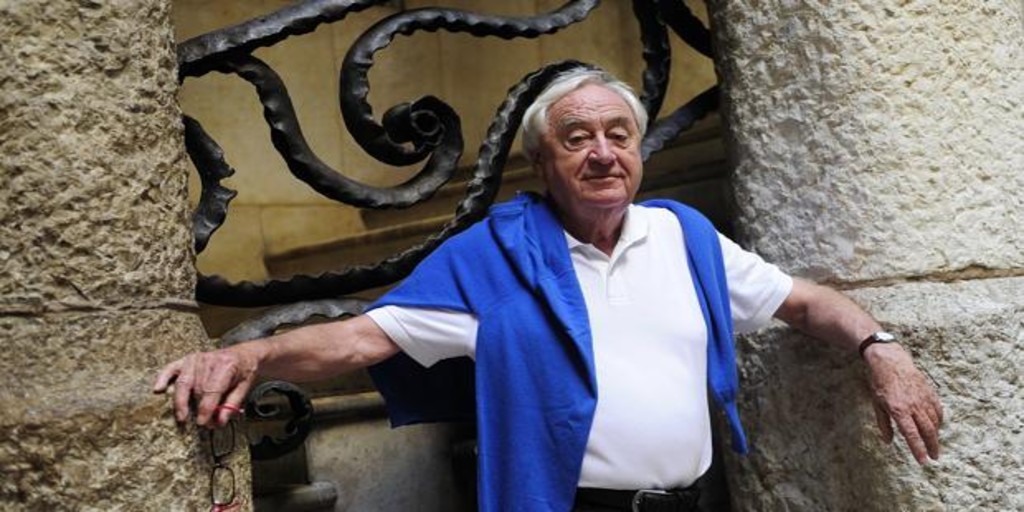 The jury of the Formentor Prize for Literature, meeting electronically, decided this Wednesday to award the award for this year 2020 to the Dutch writer Cees Nooteboom (The Hague, 1933), an author who “has exceeded with his incessant creativity the limit proposed by literary genres », both in his role as a poet and in his work as a novelist, essayist, translator or art critic.

The members of the jury, made up of Judith Thurman, Alberto Manguel, José Enrique Ruiz-Domènec, Alexis Grohmann and their president Basilio Baltasar, had planned to meet at the headquarters of the Lisbon Saramago Foundation. However, given the impossibility of moving around due to the current coronavirus pandemic, they have deliberated from their respective places of residence, specifically, from Manhattan, Barcelona, ​​Edinburgh and Mallorca.

Nooteboom is the author of works like “A Song of Being and Appearance”, “The Buddha Behind the Palisade” or “The Day of All Souls”. Her books have been translated into more than twenty languages. Among the recognitions he has already obtained so far, it is worth mentioning the Aristeon European Prize for Literature (1993), the Gold Medal of the Círculo de Bellas Artes de Madrid (2003), the European Poetry Prize (2008), the Literature Prize Dutch (2009) or the highest award in travel literature, the Chatwin Prize (2010). On a personal level, he has lived between the Netherlands, Spain – especially in Menorca – and Germany.

Universal writer
For the jury, the winner of the Formentor 2020 Prize is a traveling writer who “has made nomadism a philosophical, aesthetic and spiritual attitude that transcends borders and reveals the expansive nature of human horizons.” Nooteboom is a universal writer who “writes with the consciousness of belonging to the great European cultural tradition”. Thus, he has lived closely “the spectacular moments in the history of our continent” and knows “very well the dilemmas that Europe must resolve”.

His work is the result of “a penetrating inquiry into that spirit that we have never been so lacking as today.” In the minutes of the meeting, the jury noted that Nooteboom’s “close look” reveals the meaning of a world in perpetual transformation and his curiosity leaves no place free from the creative restlessness that has taken him from one place to another since the beginnings of his fertile literary career ». In the opinion of the jury, the now-awarded Dutch writer “has given fiction the certainty of a personal presence and the existential account of his travels the narrative delicacy of great literature.”

For all these reasons, Nooteboom is “one of the greatest chroniclers of our time, capable of turning the experiences of his travels into a wise perception of the latent elements of Stoic cosmopolitanism.” Throughout a long creative endeavor, this author “has managed to avoid the conventions that accelerate the aging of the world, has been able to renew the inspiration that enlivens it and with the formidable narrative energy of his books has managed to restore the intensity of the great journey of life”. In this sense, “his work encourages with a limpid gaze of a nomadic writer the beauty of an endless world”.

A prestigious award
The Formentor Prize is an award that was awarded in its first stage between 1961 and 1967, promoted by the Spanish publisher Seix Barral, with the collaboration of a dozen foreign labels and the owners of the Hotel Formentor de Mallorca. That distinction then had two modalities, the “Prix International”, which recognized an author of worldwide resonance, and the “Formentor Prize”, which was awarded to a novel presented by one of the convening editors. At that time, Jorge Luis Borges, Samuel Beckett, Saul Bellow, Juan García Hortelano and Jorge Semprún were awarded, among others.

The award was awarded again from 2011 and is awarded every year in the gardens of the Hotel Barceló Formentor. Since then, Carlos Fuentes, Juan Goytisolo, Javier Marías, Enrique Vila-Matas, Ricardo Piglia, Roberto Calasso, Alberto Manguel, Mircea Cartarescu and Annie Ernaux have received this recognition. All of them will now be added, deservedly, Cees Nooteboom.

It should be remembered that the presence of artists and intellectuals in Formentor began as early as the 1930s, sponsored by Adan Diehl, creator of the Hotel Formentor. Subsequently, in the 1960s, the aforementioned Formentor Prize was born, sponsored by Tomeu Buadas. Since 2008, the Literary Conversations have been organized with the patronage of Simón Pedro Barceló, current owner of the hotel. .