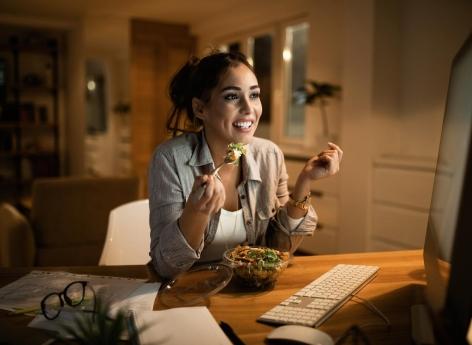 “Data on the role of supper time in the development of cardiovascular disease are limited”, Japanese researchers said. That’s why they conducted a study to find out if there was a link between dinner hours and the risk of death from stroke.

In their work published in the journal Nutrients, the scientists recruited 28,625 men and 43,213 women, aged 40 to 79. The participants were free of cardiovascular disease and cancers at the start of the study. The volunteers were divided into three groups. The members of the first group had to eat before 8 p.m., those of the second group dined after 8 p.m. and the rest had their meals at irregular times.

Eat before 8 p.m. to reduce the risk of stroke

“During the 19-year follow-up, we identified 4,706 deaths from cardiovascular disease,” can we read in the study. According to the results, there was no significant link between dinner time and the risk of mortality from other types of stroke, coronary artery disease and cardiovascular pathologies. “We found that adopting an irregular dinner schedule versus eating dinner before 8 p.m. was associated with an increased risk of hemorrhagic stroke mortality,” the authors said.