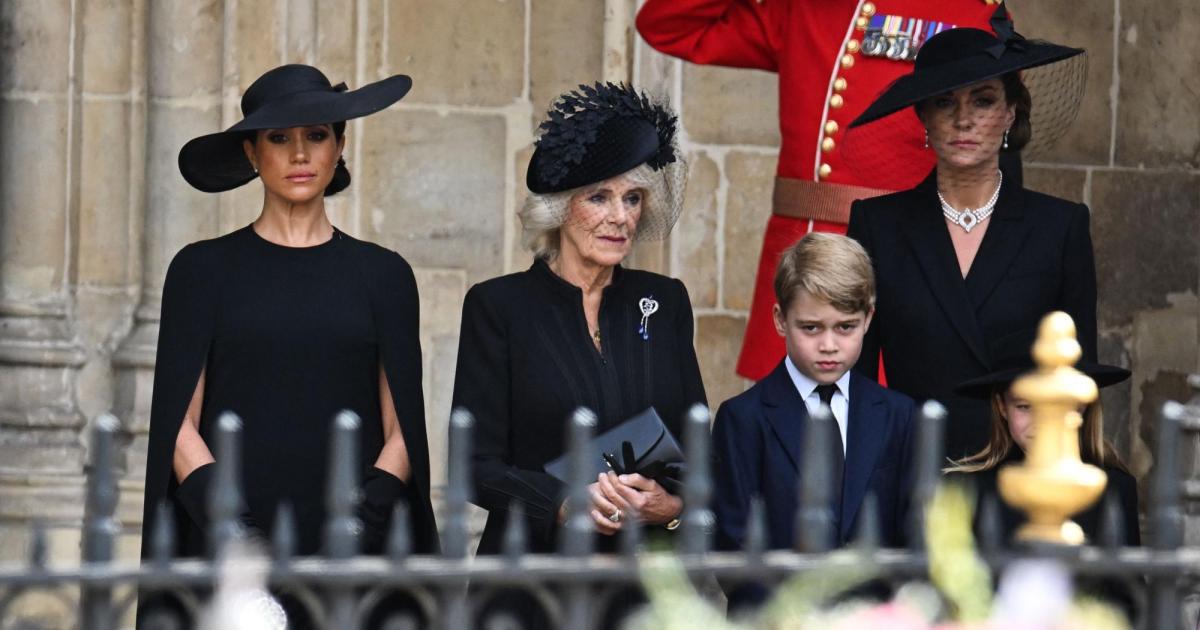 Queen Elizabeth II was buried on Monday. After an afternoon service in St George’s Chapel at Windsor Castle, the monarch joined her husband in the royal crypt Prince Philip buried, who died on April 9, 2021 at the age of 99. Her coffin only stayed there for a short time. Because in the evening the couple, who had been married for 73 years, were reburied in a private ceremony. Elizabeth and Philip were buried in the small King George VI Memorial Chapel, a side chapel.

Members of the British royal family had previously escorted the coffin of Britain’s Queen Elizabeth II to Westminster Abbey for the funeral service. The celebrations were meticulously choreographed: behind the coffin carried by eight uniformed men walked König Charles III and king consort Camilla. Other children of the Queen followed Princess Anne, Prinz Andrew and Prinz Edward, accompanied by their respective partners. went behind Prinz William and Princess Kate and their older children Prince George and Princess Charlotte. followed you Prinz Harry and his wife Duchess Meghan and other members of the royals and royal household.

A little later, when choosing a seat in the St George’s Chapel, there was apparently confusion. Close observers have not escaped the notice: as the royals approached their seats in the chapel, Kate wanted to go down the row of seats with her son George, but was stopped by her husband William. British media speculate that Catherine was unaware of the exact seating arrangement.

Pancreatic cancer, a revolution in Poitiers