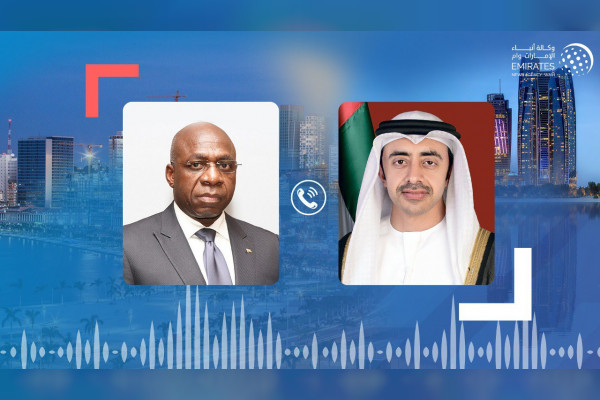 ABU DHABI, Jan 21st / WAM / The Republic of Angola affirmed its full solidarity with the UAE in the wake of the terrorist attack by the Houthi terrorist militia on civilian areas and facilities on UAE soil.

During the phone call, His Excellency affirmed his country’s solidarity with the UAE and its support in the measures it is taking to preserve the security and safety of its citizens and the sovereignty of its territories.

His Excellency also expressed his sincere condolences to the UAE and the families of the victims of this terrorist attack, and wished a speedy recovery to all the injured.

Josie sat crying on the wedding night and what can I do? A surprising response from Radwa El-Sherbiny shocked all Egyptians!!

Paul Onuachu is back with the band