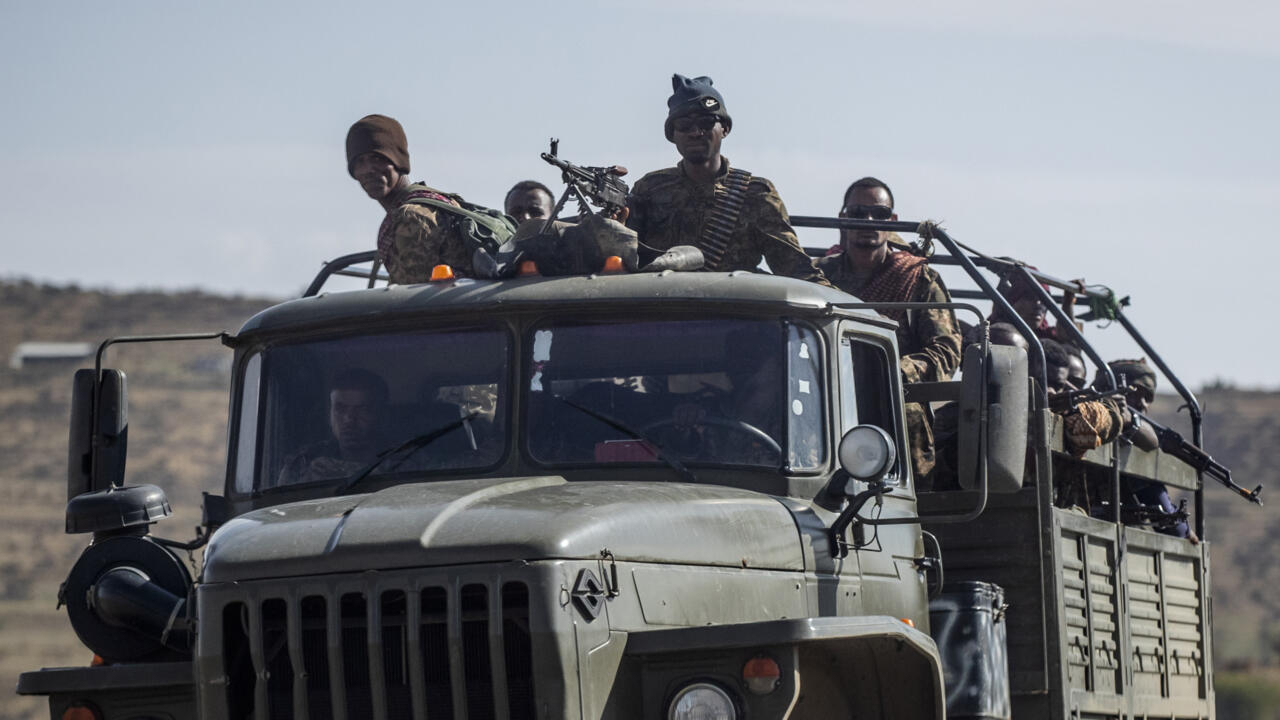 Ethiopia and the Tigray rebels on Wednesday agreed to the African Union’s call for peace talks to be hosted in South Africa this weekend under the auspices of a troika of negotiators, with a US delegate visiting the region that will include meetings with Ethiopian government officials and the African Union as part of US efforts to stop hostilities and support these conversations.

Ethiopia announced on Wednesday that it had accepted the African Union’s invitation to hold peace talks with Tigray rebels Nearly two years after a bloody war hit the north of the country.

In this regard, Prime Minister Abiy Ahmed’s National Security Adviser, Rizwan Hussein, stated via Twitter that the government “accepted this invitation, which is in line with our principled position regarding a peaceful solution to the conflict and the need to hold talks without preconditions.”

The AU has issued an invitation for peace talks. The GoE has accepted this invitation which is inline with our principled position regarding the peaceful resolution of the conflict and the need to have talks without preconditions.


The two sides have been invited to talks in South Africa this weekend, according to a letter written by African Union President Moussa Faki Mahamat and sent by the Foreign Ministry in Pretoria to Agence France-Presse.

“Discussions between the parties”

The recent escalation of violence prompted the Eritrean forces to re-engage in the conflict in support of the Ethiopian forces, which are engaged in confrontations against the “Tigray People’s Liberation Front” on several axes in the north of the country.

African Union spokeswoman Ebba Kalondo refused to provide information on the date and location of the talks, and said: “We will announce the details in the appropriate form and time.” Adding that the process is “on the right track.”

In the evening, the rebel authorities in Tigray issued a statement expressing their willingness to send a “team of negotiators to South Africa”, asking for “clarifications relating to some issues”. And the statement asked: “Will there be other parties invited as participants, observers or guarantors? And what role do you expect from the international community?”

mediated by A troika of negotiators

On the other hand, a diplomatic source said that the talks, led by the African Union, will be mediated by a “troika (troika) of negotiators” that includes the African Union’s High Representative for the Horn of Africa Olusegun Obasanjo and former Kenyan President Uhuru Kenyatta. Another diplomatic source said former South African Vice President Phumzile Mlambo Ngkuka would be the third negotiator.

The warring parties have previously been at odds over who should mediate the negotiations, with the Abe government lobbying for Obasanjo and the Tigray People’s Liberation Front wanting Kenyatta to mediate in the negotiations. They also disputed the restoration of basic services such as electricity, telecommunications and banking in Tigray, a key precondition for dialogue according to the Tigray rebels.

The region of six million people is facing acute shortages of food, fuel, medicine and other emergency supplies, with the United Nations World Food Program warning of high rates of malnutrition.

A tour of an American representative

For its part, the US State Department said Monday in a statement that its delegate to the Horn of Africa, Mike Hammer, who returned to the region on October 3, will visit Kenya, South Africa and Ethiopia this month.

The visit, which will include meetings with officials of the Ethiopian government and the African Union, is part of the United States’ efforts “to reach an immediate cessation of hostilities in northern Ethiopia and support the launch of peace talks led by the African Union,” according to the statement. The announcement comes on the heels of Hammer’s 11-day visit to Ethiopia last month with the aim of supporting efforts to launch peace negotiations.

Countless civilians have died since the outbreak of war in November 2020 in Africa’s second most populous country, and massive violations of the rights of civilians by all parties to the conflict have been documented.

To realize higher wages than this year, we should aim for more than 2% growth = Advisory Council | Reuters