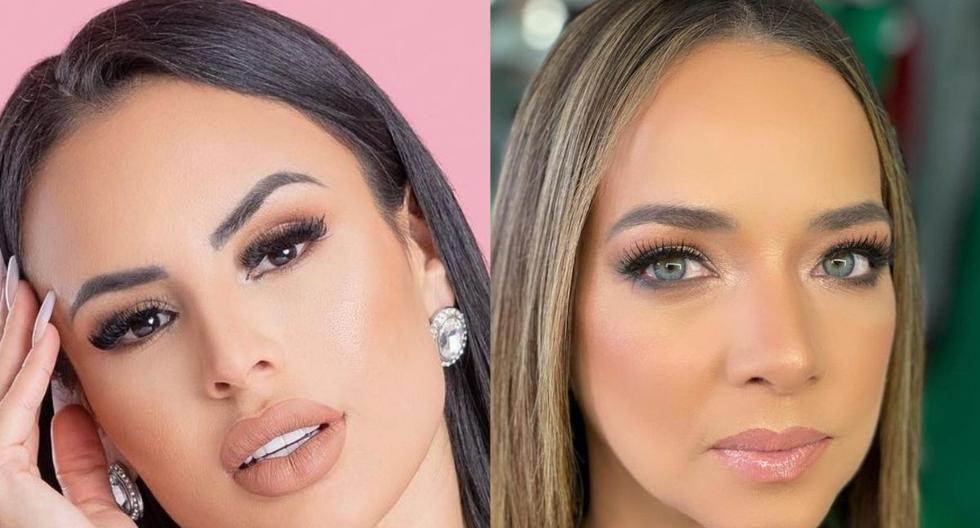 Since Toni Costa joined the second season of “the house of the famous” has generated much discussion in the media and social networks. Most of the topics that have aroused interest have nothing to do with his performance on the reality show, but the confessions he has made about his personal life outside of the show, which includes his girlfriend. Evelyn Beltran of Adamari Lopez.

MORE INFORMATION: The forceful message of Toni Costa’s mother in the face of criticism on social networks

Recently, the Spanish dancer has revealed to his partners and the public several details about his relationship with the mother of his daughter, Adamari López. She is a well-known Puerto Rican actress and host of the program “Hoy Día”.

On one occasion, he said that before entering the reality show, he had received threats from some followers of his ex-partner, who assured that they were going to do everything possible so that he was eliminated. On another occasion, he wished Adamari a happy birthday and best wishes.

Given these statements, some panelists expressed that she appears recurrently in the anecdotes of the 38-year-old Spaniard.

“I have been glued to that 24/7 and Toni Costa talks more about Adamari López than about his girlfriend”, assured Alix Aspe last Tuesday in her program “the hot table”.

Her partner, Giselle Blondet, agreed with her, saying that “I was already up to the crown” that he uses Adamari as a topic of conversation. Others even commented that it seemed that he was still in love with the actress.

These remarks caught the attention of Toni Costa’s current girlfriend, who spoke about it.

The model and influencer supported Toni Costa since she entered “The House of Celebrities 2”, inviting her followers to vote for her to stay on the reality show. Given how infatuated she is with her and how confident she is in her relationship, Evelyn was undeterred by the panelists’ comments.

“I don’t need you to mention my name to know how much you love me. Our signs make me fall in love”, he wrote in a story on his Instagram account.

Without a doubt, Toni Costa has a girlfriend who trusts him a lot and defends him from the comments of others.

MEMORIES THEY HAVE HAD TOGETHER

In addition to the support she showed, in the early hours of May 29, she shared through the same medium that she had found a very nice memory that made her miss her boyfriend.

“Have you ever found a video on your phone that your partner accidentally recorded for you? And you had not seen it until months later? ”, He wrote she about a picture that he showed on his cell phone. “Today, as usual, at dawn I started to watch videos to remember all the moments lived with my Antonio and wham, I get a video of when I was planning my birthday party and it says very nice and special things”.

In the same way, he said that when he missed him the most, he was always present and added the hashtags “your love is so special” y “Soulmate”.

Although the presenters of “the hot table” They said at the time that he talked a lot about Adamari, the truth is that he also usually talks about Evelyn. A few weeks ago she told her classmates how she conquered her. Also, on March 27, she was the reason for her tears.

When a colleague asked him if he was going to ask Evelyn to pick him up when he returned, the dancer broke down in tears before he could answer, showing how much he misses her.

The difficult moment of Elías Loaiza, former player of Nacional