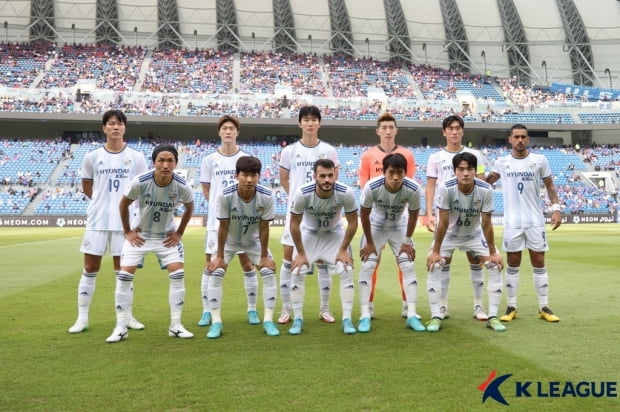 Ulsan Hyundai, who took the lead in the K-League 1 of professional football, were eliminated from the Asian Football Federation (AFC) Champions League (ACL) group stage as they were caught by Malaysia’s Johor Darul Takjim again.

Ulsan lost 1-2 in the final match of Group I of the 2022 ACL Group I held at Sultan Ibrahim Stadium in Johor Bahru, Malaysia on the 30th, due to an own goal from Park Yong-woo in the second half of extra time.

Ulsan, which has accumulated 10 points with 3 wins, 1 draw and 2 losses from 6 matches in the group stage, failed to advance to the round of 16 by finishing third in the group behind Johor (13 points) and Kawasaki Frontale (Japan, 11 points).

Ulsan, the 2020 ACL champion, was eliminated from the ACL group stage for the first time in five years since 2017.

The decisive cause of this elimination was that they lost 2 to Johor, which was supported by the enthusiastic support of the home fans.

As in the second game against Johor on the 18th, when the first goal was conceded three minutes after the match, Ulsan conceded a goal early on this day as well.

In the 4th minute of the first half, Won Doo-jae grabbed Verson from the center behind the penalty arc and was cautioned.

However, Ulsan was balanced in one minute.

In the penalty area, Il-rok Yoon took the ball that opposing defender Matthew Davis was about to let go, and made a pass, and Jun Amano’s left foot shot that followed shook the net.

In the fierce aspect, Ulsan manager Hong Myung-bo activated an early substitution card to replace Won Doo-jae, who had been warned, with Lee Kyu-seong in the 29th minute of the first half, and the first half ended 1-1.

In the 44th minute of the second half, Velazquez took Ramadan Saifula’s cross from the left flank, but it was weak and went into the keeper Jo Hyun-woo’s arms.

Extra Time Johor’s Safawi Rashid and Ulsan’s Wonsang Eom hit the goalposts one by one, and Ulsan wept for an own goal just before the end of the draw, which intensified.

Arif Aiman’s shot from the left side of the penalty area was deflected by a player from Ulsan, Cho Hyun-woo punched it, but did not go far.

Health reveals the number of new infections with “Corona”, critical cases and deaths, and the most recorded cities during the past 24 hours