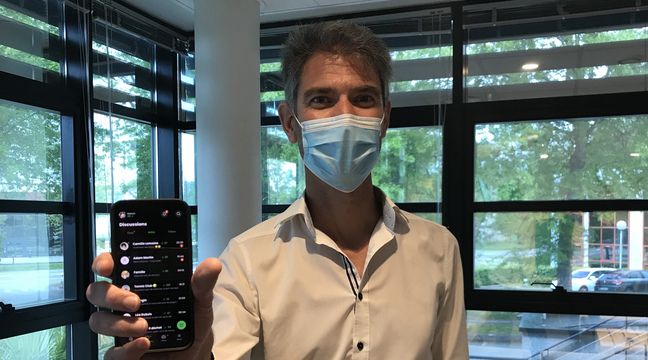 They are now part of our lives. It’s been a while since free instant messengers stormed our phones, making the good old text message out of date. And in this area, competition is fierce between
Whatsapp, Signal, Telegram and other Messenger which share billions of users. In the midst of these ogres, some actors are trying to find a place. It’s the case
Treebal messaging, available for a few days in France on iOS and Android. Supported by the Rennes-based company Dolmen, which specializes in digital communication, the application is intended to be “a European alternative to these digital giants”, according to its CEO David Godest.

To stand out, Treebal plays the security card, with certain messaging services being regularly accused of exploiting or sharing the data of its users. “Who would accept a postman to read his mail?” », Asks the founder of Dolmen. To respect private life, Treebal will thus encrypt messages from end to end, both content and metadata. “The application will just play the role of carrier of the message, nothing will be stored on our servers”, assures David Godest. To further enhance security, the messaging system even undertakes to automatically delete all messages after seven days. “There is no point in storing all these messages and emojis that will never be read again,” he emphasizes. And that also helps reduce the carbon footprint ”.

Half of the income generated will be used to plant trees

As the German search engine Ecosia, Breton messaging indeed claims an eco-responsible approach. To protect the planet, it has joined forces with the Planète Urgence association and
to the EcoTree company who both work at their own level for the preservation of forests around the world. “The idea is not to make users feel guilty but to make them aware that they can act to limit the environmental impact of digital technology,” says David Godest.

Free for the general public but paying for professionals, Treebal is thus committed to converting the digital messages of its users into planted trees. “Half of the income generated will be used to finance reforestation projects,” explains the entrepreneur.

Tested for several weeks, the messaging system, which will be available throughout Europe in June, already has several thousand users. And she doesn’t intend to stop there. “We are targeting hundreds of thousands of users within a few months and several million next year. Because if we do not reach this goal very quickly, we risk disappearing quickly ”. A fate that the forests unfortunately know too well.