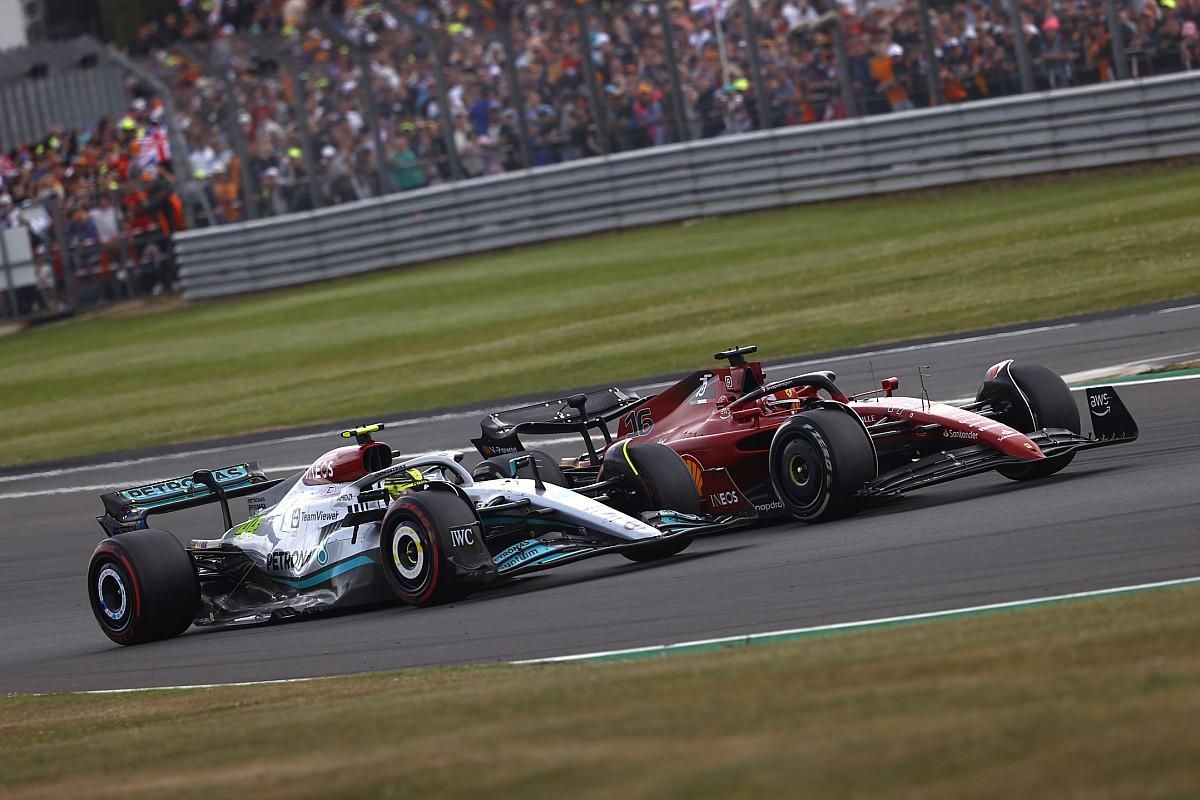 By staying a stone’s throw from Ferrari at the start of the event while the Red Bulls were struggling, Lewis Hamilton found himself in the surprising situation of being in a position to take advantage of the strategic mistakes of the Scuderia. Indeed, despite a damaged single-seater, Charles Leclerc was the faster of the two drivers, but Carlos Sainz was in command.

The two men lost time and allowed Hamilton to gradually come back then, by anticipating their stops, to create an interesting tire gap on the hards which the seven-time World Champion could possibly have taken advantage of at the end of the GP. But a safety car for abandonmentStephen Ocon came to call everything into question by regrouping the peloton and then allowing the five riders behind Leclerc to put on soft tires.

In these conditions, Sainz quickly took the measure of his teammate and Hamilton found himself struggling with the faster Red Bull of Sergio Perez who quickly erased it. A series of very good battles between the Monegasque, the Mexican and the Briton followed, from which Pérez finally came out second and Hamilton third.

A result that does not disappoint the pilot, however. Mercedeswho believes that there was still a little too much advantage for the Scuderia, and Red Bull in a straight line, to really hope for victory: “I gave it my all today. I was trying to chase those Ferraris, but congratulations to Carlos. They were just too fast for us today.”

“And in the end I fought with Checo. Those guys were just too fast for me on the straights today. But I’m so, so grateful for the hard work that the whole team did for that we can have an improvement here. We have taken another step towards them. So we have to keep pushing.”

“And then at the end it was just tough. Once you have a Red Bull behind you they are so fast on the straights. So we have some improvements to make. But that’s a huge bonus for us. to be on the podium.”

Concerning the pileup at the start, and in particular the big exit from Zhou Guanyuhe added : “I’m glad everyone was spared the big accident at the start of the day, but thank you all, like I said. We’ll keep pushing. Let’s keep trying to be the best we can be and send positive to all.

Do you know how much exercise your dog needs?