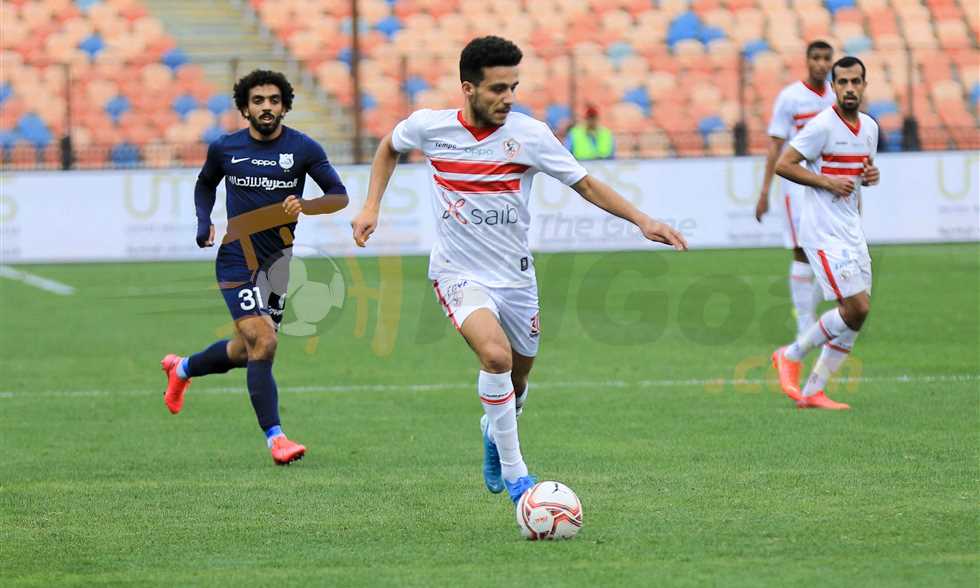 Suleiman Al-Fuhaid, the official spokesman for Saudi Cooperation, refused to disclose the details of the club’s contract with Mustafa Fathi.

On Sunday, Al-Taawoun announced its inclusion of the 27-year-old wing from Zamalek.

Al-Fuhaid said on MBC Egypt, “Mostafa’s contract is for two and a half years, and there is the possibility of extending it for an additional season.”

When asked about a clause obligating the player to return to Zamalek, Al-Fuhaid replied, “I cannot talk about private things in the contracts. I think the media respects that.”

Mortada Mansour, the president of Zamalek, had stated that he required the return of Mustafa Fathi to his club in order to agree to sell him to Saudi cooperation.

Mostafa Fathi started his football career with Nabrouh FC, then joined the junior ranks in Zamalek in 2013, and starred with the first team of the White Castle.

Before going out on loan with Saudi Taawon in the second half of the 2017/2018 season.

He returns to Zamalek and from there he goes out on loan with Smouha last season.

Once again, he settled within the ranks of the white team in the first half of the current season, during which he participated with Zamalek in 8 matches, during which he scored 4 goals and made another.

After her role in “Ashab Wla Aziz”, Mona Zaki responds to the criticism

Leads to a stroke. What leads to circulatory disorders in the brain | Healthy life | Health