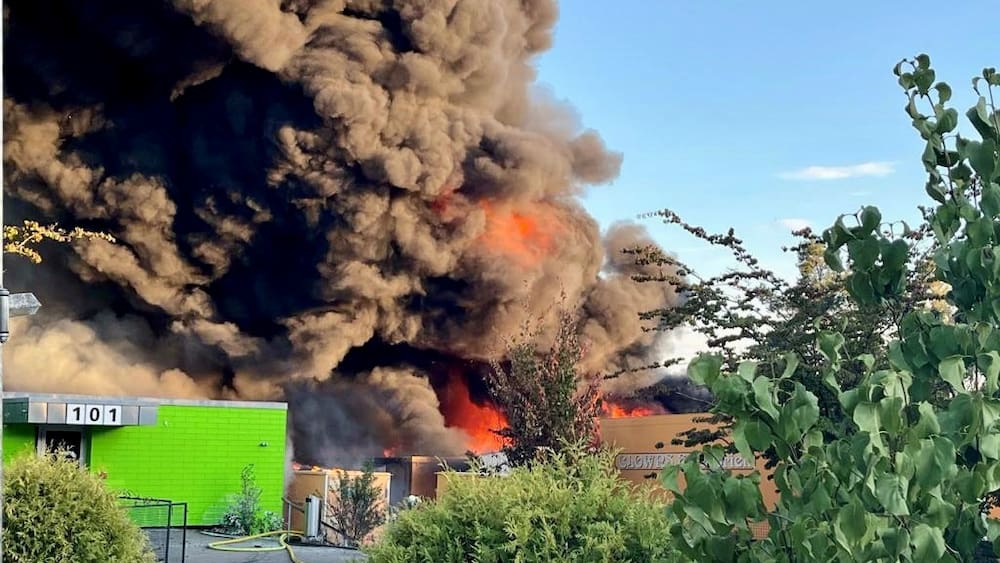 Circus tent and caravan burned down

In a fire on a circus site in Neuhausen SH, the circus tent and several caravans were destroyed on Thursday evening.

Several Blick readers reported a fire in Neuhausen SH late Thursday evening. Puffs of black smoke can be seen in the images rising into the sky. “Individual explosions are audible,” writes a reader. The cantonal police in Schaffhausen confirmed an operation on Blick. Further information will be communicated at a later date.

In the fire on a circus site in Neuhausen am Rheinfall, the circus tent and several caravans were destroyed on Thursday evening, according to the Schaffhausen police. A firefighter was slightly injured.

The fire broke out in a caravan on the circus site in the Langriet quarter in Neuhausen am Rheinfall and spread to several other caravans, the circus tent, the facade of the local football club and adjacent green spaces.

Lost your belongings and home

As “20 minutes” reported gas cylinders exploded. Some artists of the variety theater “Clowns and Galleries” have all their belongings and their home.

The circus was not performing at the time of the fire. The Schaffhausen police were alerted shortly before 8 p.m. The fire brigade, who responded immediately, were able to quickly extinguish the fire. A firefighter suffered minor injuries and was taken to the hospital.

The cause of the fire is still unclear. Specialists from the Schaffhausen police and the Zurich Forensic Institute are investigating the case. (man/kes/SDA)