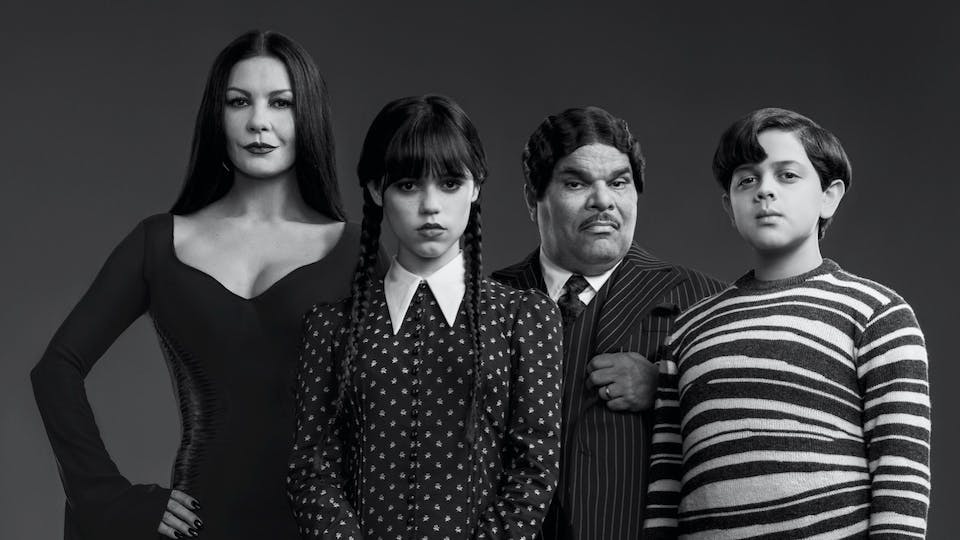 Though the first look at Wednesday – the Addams Family spin-off produced and directed by Tim Burton – was limited to Jenna Ortega as the titular Wednesday Addams, we’re now being introduced to her family as played by Catherine Zeta-Jones (Morticia), Louis Guzman (Gomez) and Isaac Ordonez (Pugsley). Check out the full length picture below.

Alfred Gough and Miles Millar run the show here, having come up with the concept to power it. Wednesday is described a sleuthing, supernaturally infused mystery charting Wednesday Addams’ years as a student at Nevermore Academy.

Wednesday’s attempts to master her emerging psychic ability, thwart a monstrous killing spree that has terrorized the local town, and solve the supernatural mystery that embroiled her parents 25 years ago — all while navigating her new and very tangled relationships at Nevermore…

The cast for the show also includes Ricky Lindhome, Jamie McShane, Gwendoline Christie and Thora Birchand in a nod to Barry Sonnenfeld‘s much-loved movies, Christina Ricci in an unknown role.

Wednesday will debut on Netflix in the autumn, but the company has yet to announce a formal date.