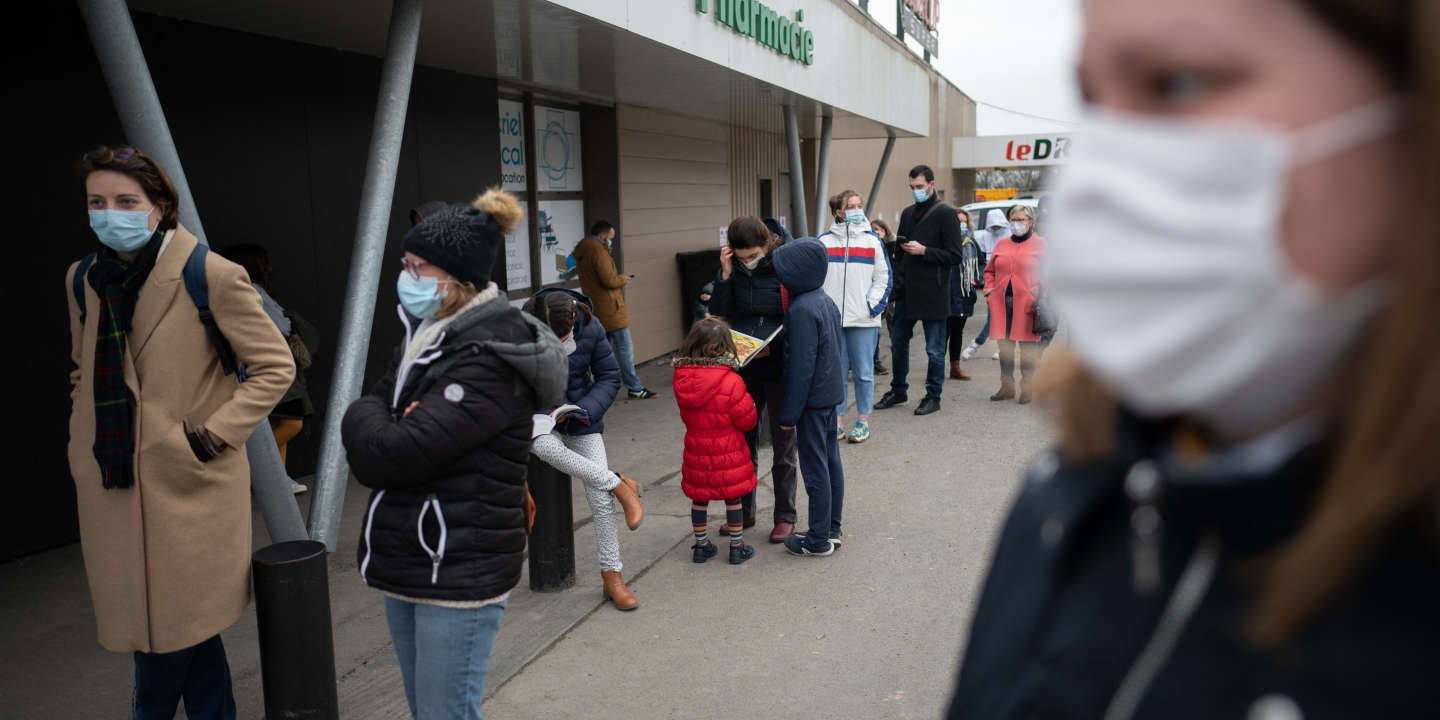 While the circulation of Covid-19 is rebounding throughout the country, the flu is now accompanying it. Since the week of March 14 to 20 (week 11), this acute respiratory infection has been in the epidemic phase in all regions of metropolitan France.
“We imagined that SARS-CoV-2 would crush all other respiratory viruses. It seems that with Omicron this is not the case”, notes Professor Bruno Lina, virologist and member of the Covid-19 scientific council. In fact, with the abandonment of most barrier measures, all flu indicators are skyrocketing.

The incidence rate of consultations for flu-like illness increased by 51% during week 11, compared to the previous week, notes Public Health France (SPF). That same week, flu-like illnesses accounted for 15.5% of all medical procedures performed by SOS Médecins (+ 3.8 points). And 6,798 emergency visits for this syndrome were recorded by the Oscour network, which coordinates emergency monitoring (+ 38%). This increase “was observed in all age groups”indicates SPF.

Read also: The flu epidemic is spreading and is now reaching almost all of France

“The flu epidemic started six to eight weeks ago in some regionsnotes Jean-Louis Bensoussan, secretary general of the union of general practitioners MG France. But since the end of the February holidays, the resumption of school has led to a mixing of children, and the Influenza virus has spread to families. »

If the flu virus first circulated among children, “it has shifted to adults and is beginning to affect the elderly”, says Bruno Lina. At this stage, however, its impact remains limited in terms of severity. Between October 4, 2021 and March 20, 2022, ” only “ 180 deaths directly linked to the flu have been recorded. For the record, the 2018-2019 flu epidemic led to excess mortality (direct and indirect) estimated at 8,100 deaths. The previous winter, this excess mortality amounted to 13,000 deaths.

This year, the influenza epidemic is distinguished by its exceptionally late character. In question, the massive lifting of barrier gestures. Since March 14, the mask is no longer compulsory in closed places, with the exception of public transport. Gold, “all the barrier measures that slow down the circulation of SARS-CoV-2 are also very effective against other respiratory viruses”, notes Bruno Lina. As proof, during the winter of 2020-2021, marked by periods of national confinement and curfew and rather respected barrier gestures, the influenza virus hardly circulated.

You have 54.53% of this article left to read. The following is for subscribers only.

The strong cross between Lissa Vera and Leo García in El Hotel de los Famosos: “Don’t mess with me”