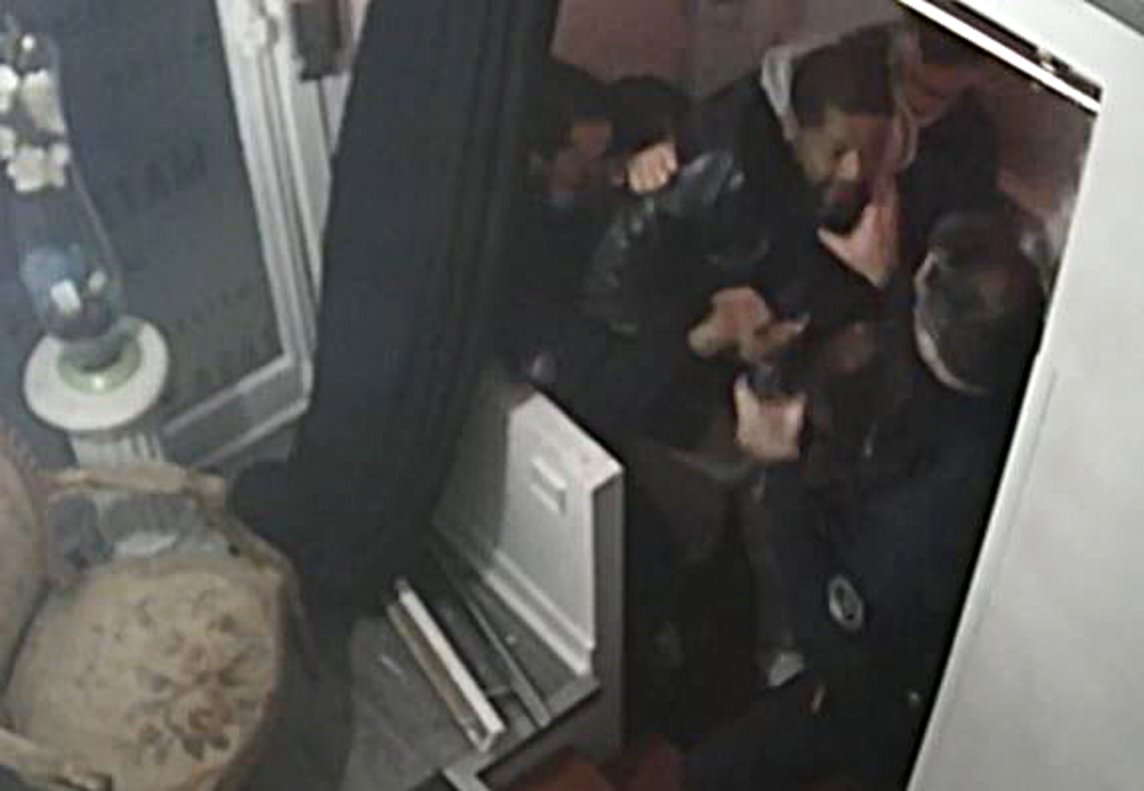 Four cops have been accused and two of them imprisoned in the framework of the proceedings opened for the beating of a black producer in Paris in a case of police violence that has shocked France in full debate on a controversial bill of global security.

The investigating judge has accused three of the four policemen of “voluntary violence by person depositary of the public authority “and by” lying in public deed “, as requested by the Paris prosecutor’s office. These are the three policemen who appear in a video released on Thursday and that was recorded by the security cameras of the study of music featuring the cops beating the producer Michel zecler, a fact described as “shame” by the president of the country, Emmanuel Macron.

The policeman suspected of having thrown a tear gas grenade in the musician’s studio where the attack occurred has been charged with “voluntary violence” against the music producer as well as nine other young people who were at that time in the basement of the studio.

The prosecution had requested the provisional arrest of the first three and a judicial control for the fourth, but the judge has decided to imprison two and leave two others under judicial control.

The lawyers of three of them, Anne-Laure Compoint (who defends two) and Jean-Christophe Ramadier (who defends one) have refused to comment on the judge’s decision after a hearing that ended at 04:30 a.m. this morning. Monday.

The arrest of the agents should make it possible “to avoid the risk of them reaching an agreement” among themselves “or pressuring witnesses,” argued prosecutor Rémy Heitz when explaining his request for provisional arrest.

The three main defendants admitted to the special police that “the beatings were not justified and that they had reacted mainly to fear“According to the prosecutor. They invoked” panic “over the feeling of being trapped at the entrance to Zecler’s music studio, which was resisting, according to them.

Instead, they denied “having directed racist words“As Zecler assures, who declared that he had been treated as a” dirty black man “, an insult that was also the object of” one of the young men “present in the basement of the study. They also refute the” liar of the statement.

The Minister of the Interior, Gérald DarmaninHe promised on Thursday the “revocation” of the police officers who have “soiled the uniform of the Republic”, as soon as “justice determines the facts.”

This case, which came to light thanks to the diffusion of the videos Recorded by the local security cameras, it seems to have given arguments to the opponents of the global security law, whose main measure is to limit the possibility of filming the forces of order.

More than 130,000 people demonstrated on Saturday, according to the Interior Ministry, and more than 500,000 according to organizers, to protest the law across France. In Paris there were some violent clashes with the forces of order.