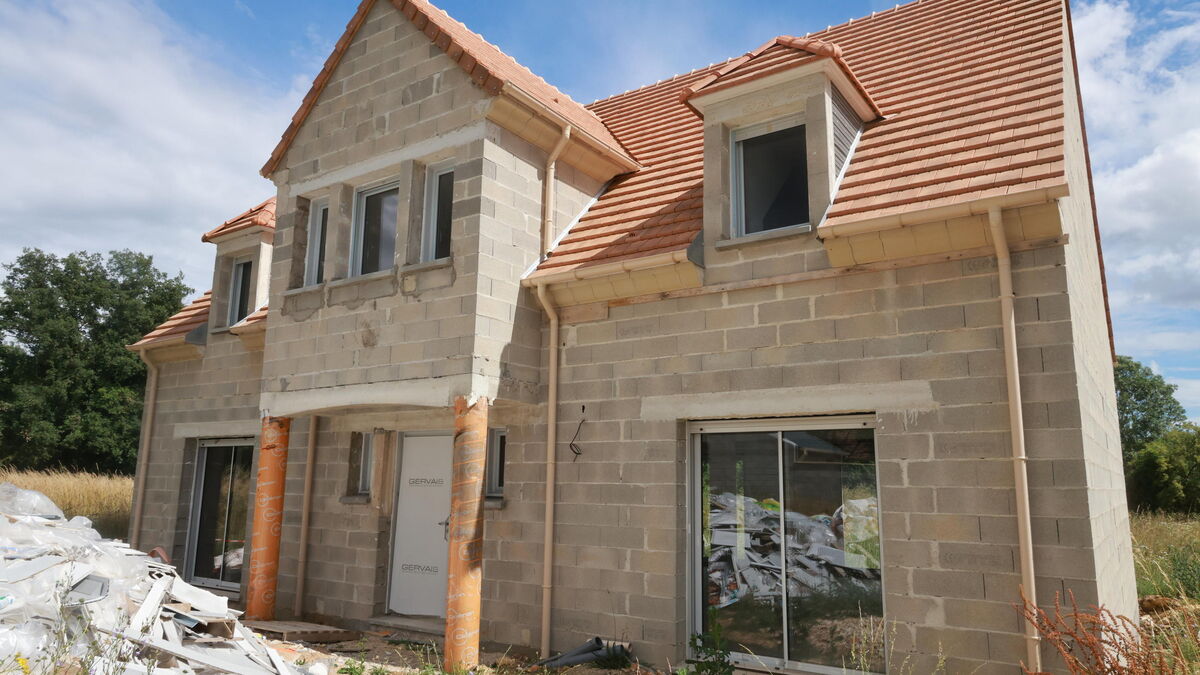 It’s the parent company of Phoenix Houses, but also from Maisons Castor and the slightly more premium builder Maison Familiale. Or rather “it was”, because 14 companies out of the 17 of the Geoxia group were liquidated this Tuesday morning before the Commercial Court of Nanterre (Hauts-de-Seine), for lack of a recovery solution deemed viable. Only two factories will continue their activities, in Ambroise and Maignelay, to supply the elements to the sites started by Maisons Phénix but not finalized. But eventually, the 1,195 employees will all be made redundant.

The liquidation being effective immediately, the employees in the offices and on the construction sites had to leave their posts after the statement of the judgment. 1,600 construction sites were in progress and were suspended or remained in the state when the company interrupted its activity in May, for lack of liquidity, before being placed in receivership on May 24.

“It’s a feeling of waste”, confides at the exit of the hearing Olivier Bersihand, general manager of the group since 2015. Not far from him, staff representatives burst into tears. Some like this sales manager in the southwest are turning their backs on 34 years of seniority in the group. Subcontractors also came to assert their claims.

Olivier Bersihand is bitter because he considers the model of the Phénix Houses, built with panels and pre-assembled frames on three sites in France, to be “viable”. A vision diametrically opposed to that of justice which therefore did not consider admissible the offers made within the framework of the receivership. “The group had nevertheless been able to draw the consequences and reposition itself on average families for Maisons Phénix, assures the boss, whose group presented a turnover of 252 million euros for 2021. As proof of the strategic shift, Olivier Bersihand evokes a full order book in 2021 for the Family Home branch: “It was even the best orders of the last ten years”.

Geoxia, symbol of home ownership of the working classes, born in the aftermath of the war in 1945 and to which the sociologist Pierre Bourdieu even devoted a publication on the fashion of the individual house, has experienced turbulence since 2008 with The Subprime Crisis and the abolition of purchase aids for low-income households. But it was the health crisis and the rise in the price of raw materials that ended it.

“With the Covid we lost 50 million euros in turnover. And while the competition was helped by state-guaranteed loans (PGE), this was not our case, denounces Olivier Bersihand. It is simply a massive imbalance of treatment. »

A so-called managers’ offer (from Geoxia) has been pushed forward in recent weeks. But it was conditional on state aid of 80 million euros which was never seriously considered by the Ministry of the Economy. The latter also argues that he exempted Geoxia from the payment of social and tax charges for the year 2021, i.e. 30 million euros.

What will happen now? Two fronts are open – the fate of employees and that of customers – that the Ministry of the Economy will have to deal with together to settle the story of Geoxia and Maisons Phénix.

On the first front, Bercy triggered the “major layoffs” plan when liquidations affect companies with more than 200 employees. It aims to “help employees find a job in a sector that is known to be in high demand for labour”. On this subject the boss of Geoxia is a little more concerned for the employees of the factories than for those of the building sites which should without problem be solicited by the companies of the sector.

For customers, the CCMI guarantee (Individual house construction contract) will come into play. It ensures that the work is carried out by the guarantor, namely the insurance which then takes over. It is towards the latter that they must turn today. The procedure will be a little more complex for customers who have placed an order with Maisons Phénix. The very particular method of construction (assembly of panels) makes it difficult for another builder to continue the work.

Hence the desire of the Ministry of the Economy to help continue the activity of two of the three Geoxia factories for three years. A way to allow owners to see their house completed.

After a train derailment in Missouri: 15-year-old stands by the dying truck driver