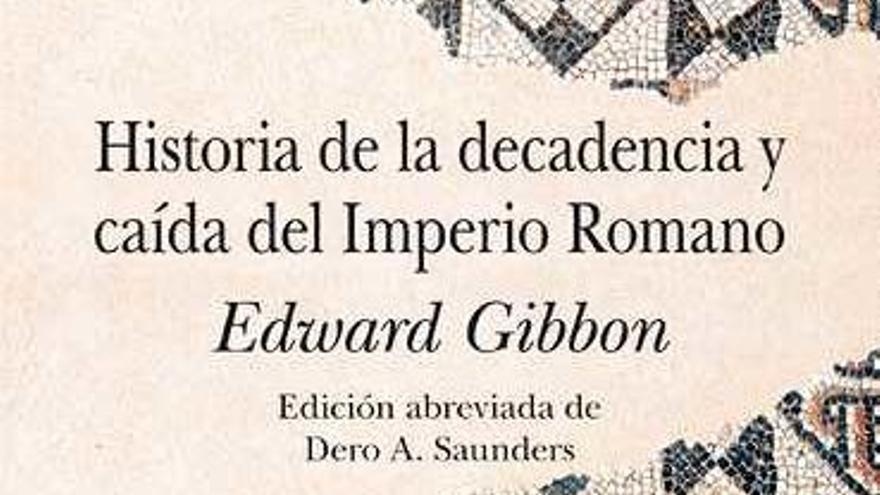 In its eagerness to rescue great classics from the past in good editions, the Alba publishing house has dared on this occasion with the monumental ‘History of the decline and fall of the Roman Empire’ by the British historian Edward Gibbon (1737-1794).

A monumentality whose thousands of pages are presented for today’s reader in the shortened edition that the American Dero Ames Saunders carried out in 1952, a pruning work that preserves the fluidity with which Gibbon permeated his narrative and that, by way of example, dispenses among other elements of a quarter of the work, consisting of footnotes, of which only a few are preserved, as well as some chapters that depart from the main narrative.

In summary, offer the reader, in a single condensed volume, what Gibbon expounded in six without at any time we are facing an indigestible rehash.

Gibbon’s ‘Decline and Fall’ is one of the cornerstones of the Historiography of all time and has become a classic, not at all stiff after the arrival of later studies. From Marcus Aurelius to the fall of Constantinople, the historian shows us the process of destruction of the most powerful empire in the ancient world.

One of the successes of this work for the modern reader is the way in which the author tells us History. We are not, it must be remembered, before a historian of our time, for whom the neutral exposure of the data prevails. By contrast, Gibbon, in many places, is romantic and passionate, what permeates the text with very healthy literary airs for such a dense reading. A work of almost 20 years of research that marked the world Historiography, in an affordable edition in Spanish.

See Also:  Rodríguez Uribes proposes a great pact of State "to get out of the crisis without damaging the culture"