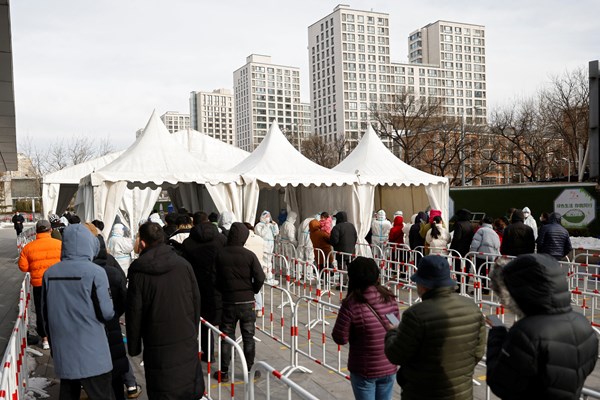 The World Health Organization announced that more than 21 million people were infected with the Corona virus during the past week alone in the world, which represents a new record level since the beginning of the pandemic.

Today, Wednesday, the organization said that the number of detected cases increased by 5% compared to the previous seven days, and deaths by 1%.

The World Health Organization said in its weekly bulletin that the level of risk associated with the mutant Omicron from the Corona virus is still high, as a new record number of infections was recorded last week.

According to the organization’s figures, the number of injuries recorded during the past week reached 21,362,288 injuries, and 49,890 deaths were recorded.

An increase in the number of infected people compared to the previous week (10-16 January) was also recorded in the Eastern Mediterranean by 39%, Southeast Asia by 36%, and Europe by 13%, as well as in Africa and America injuries increased by 13%.

According to the data of the World Health Organization, 352 million and 796,704 infections with the Corona virus have been recorded in the world since the beginning of the outbreak of the pandemic until January 25, while the total number of deaths in the same period reached 5,600,434 deaths in the world.

the Blues fail in the semi-finals – Liberation

Triathlon: Lilly Zednikova: With flowers and bike to Hawaii – Rems-Murr-Kreis