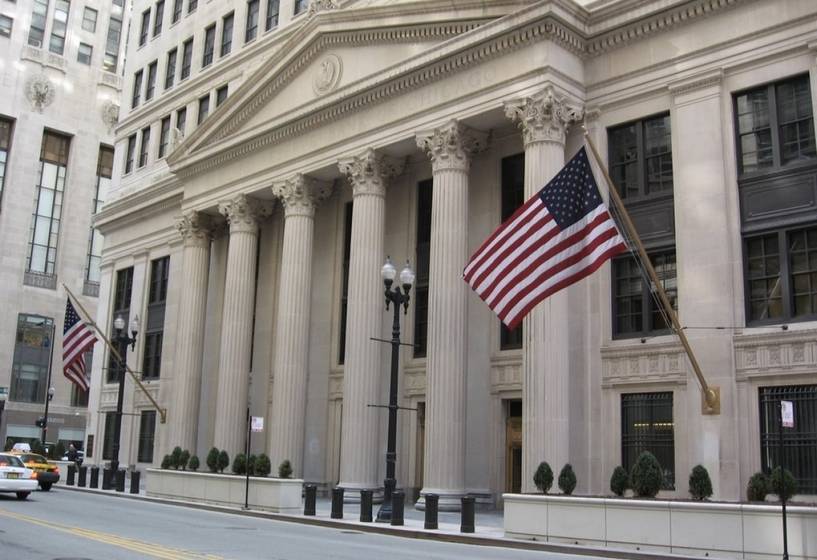 Investors are receiving the third quarter with more recession concern and this makes next Friday’s June jobs report a potential catalyst for markets than it would have otherwise; The jobs report and the release of the minutes of the Fed’s latest interest rate meeting on Wednesday are expected to shed light on the four days of the post-holiday week. Nonfarm payrolls for June are also expected to have slowed from the 390,000 added in May, but it still shows solid growth and a solid labor market, and according to Dow Jones, economists expect 250,000 jobs to be added in June and the unemployment rate to stabilize at 3.6%, but also a slowdown in employment data; The hawkish Federal Reserve’s interest rate policy is putting pressure on employers and the economy. There is a possibility that some of those cracks in the labor market will start to appear on Friday, and some of the slowdown may be seen as positive, but there is a balance between a slower and less hot labor market and a labor market that has become very calm.

“Employment is slowing down from May,” David Page, head of macroeconomic research at AXA Investment Managers, said. “Whether it’s going to 250,000 or more, there is always volatility and the trend is going to be down and I don’t mind betting it will be between 150,000 and 200,000,” he said. By the early third quarter, and it could certainly be lower by the end of the year.” And he added, “The 150,000 and 200,000 rates are still strong and closer to the pace of job growth in the pre-pandemic period.”

He also said there was a slowdown in other data including consumer spending, income and the employment component of the June manufacturing survey for manufacturing PMI, falling for the third month to 47.3; A level below 50 indicates deflation.

Page sees this as part of the trend we are seeing emerging, and he said that it is very clear that it is a slowdown in the economy, and explains: “The warning signs started appearing, and the more we saw those warning signs starting to seep into the labor market, the more the Federal Reserve had to pay attention, This makes the focus focus on the salary report next Friday.”

On the other hand, if the number of jobs is particularly strong, the markets may react negatively because it will mean that the Fed will feel compelled to go ahead aggressively to fight inflation by raising interest rates further.

The effect of the “federal”

“If the employment data is solid and Fed officials are actually as hawkish as they are doing word of mouth, I think that will continue to put pressure on the market,” said Sam Stovall, chief investment analyst at CFRA. To the extent that high rates affect the economy, they affect the economy. The implication or inference is that the Fed still has a lot up its sleeve.” Many economists expect the Fed to raise interest rates by another 75 basis points at its next meeting in late July, but say the path for September is uncertain.

Page said he expects the Fed to discuss the size of the increase in July more than the papers think, and the central bank may end up raising interest rates 50 basis points less than expected. Page also expects the Fed to be sensitive to a slowing economy and tightening financial conditions.

He pointed out that there are few cases in history in which the Fed was able to “smooth landing” on such a narrow landing strip.

One of the main problems for markets is that the economy can easily fall into a recession and can be unpredictable. Market professionals this week became more concerned about economic deflation after weak data and comments from Federal Reserve Chairman Jerome Powell suggesting the Fed would raise interest rates as much as needed to curb inflation, prompting fears from policymakers that they would be prepared for a recession to slow price increases.

Economists are divided over whether and when the economy will enter a recession, but markets are expanding increasingly in the event of an economic downturn. The Atlanta Federal Reserve’s now-gross domestic product tracker shows that the economy is already in recession with GDP expected to decline by 2.1% in the second quarter, and if these forecasts are accurate, it will lead to a second negative quarter in a row or what is considered a recession in Wall Street”. The first quarter contracted by 1.6 percent.

However, other economists do not expect a recession in the current period, and Page sees growth of 1.5% in the second quarter.

Last week, stocks were sharply lower while Treasury yields also fell amid recession expectations; The 10-year bond yield settled at 2.89% on Friday, down from 3.49% just two weeks ago.

Geneva airport: First weekend of vacation: “There were people, but it was fluid”

When will the latest Apple iPhone 14 release 2022