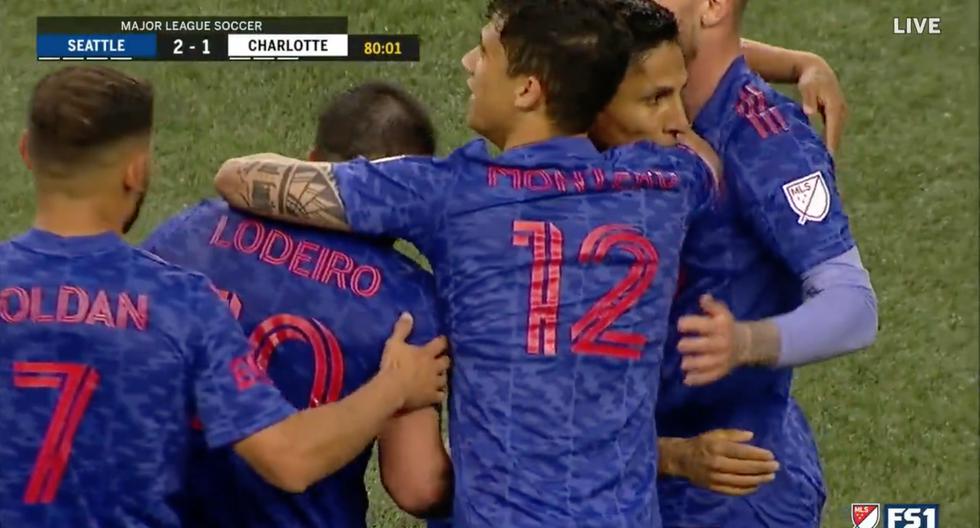 Seattle Sounders scored their second goal against Charlotte FC at Lumen Field with a goal from Raul Ruidíaz.

The best player of the match was Raul Ruidíaz. The Seattle Sounders attacker scored a goal and shot the opposite goal 3 times.

The big play came 35 minutes into the second half. Raul Ruidíazafter an individual play from the left, finished off the goal from outside the area and dislodged the rival goalkeeper by nailing the ball into the corner.

The process of the game was very disputed, with few spaces for game creation. There were several cautioned: Joseph Mora, Andre Shinyashiki, Jordan Morris and Nouhou Tolo.

For its part, Miguel Ángel Ramírez’s team took the field with a 4-5-1 scheme with Kristijan Kahlina under the three sticks; Jaylin Lindsey, Guzmán Corujo, Christian Makoun and Joseph Mora in defense; Brandt Bronico, Orrin Mckinze, Jordy Alcívar, Benjamin Bender and Andre Shinyashiki at half court; and Daniel Rios up front.

Rosendo Mendoza was the referee who directed the match at the Lumen Field stadium.

Seattle’s next game in the championship will be at home against Los Angeles FC, while Charlotte FC will visit Columbus Crew SC.

second round, reactions and last minute