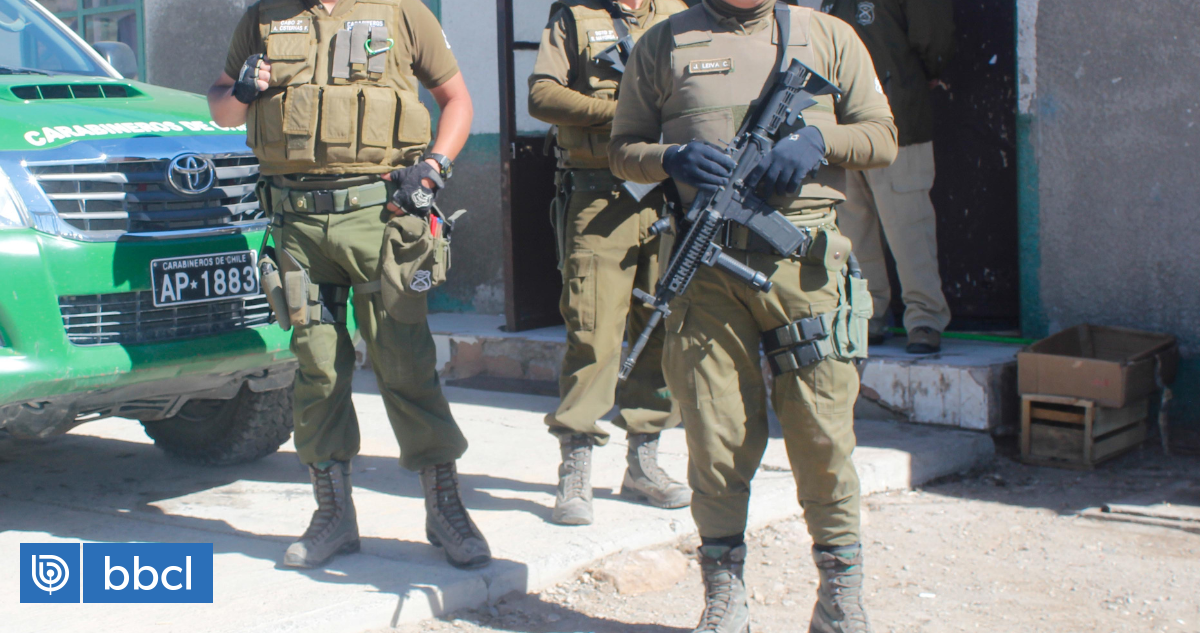 “We consider every threat to be relevant,” said Interior Undersecretary Manuel Monsalve, after Radio Bío Bío’s report on threats of a possible armed attack by the dangerous criminal gang Tren de Aragua, to Carabineros in Arica. The Government confirmed that this week it will form a National Advisory Council Against Organized Crime for the northern zone.

The Government reacted to the report by the Radio Bío Bío Investigation Unit about a possible armed attack against Carabinieri in Arica by Tren de Aragua, and assured that “we consider all alert relevant”.

According to the information revealed by La Radio, the criminal gang of Venezuelan origin had planned a attack for this Saturday July 30 against officials in the vicinity of Cerro Chuño, in the commune of Arica.

“Given the information provided by the OS9 Arica section and in response to the order to investigate that is maintained against the individuals that make up the criminal gang called ‘Tren de Aragua’, as well as the information provided by an undercover agent who states that between now and Saturday 07.30.2022 said individuals will carry out an ‘attack’ against Carabineros on Cerro Chuño, with the purpose of demonstrating force and attacking personnel of the institution”, says the internal electronic document No. 104837323 of Carabineros de la 4ta. Chacalluta police station.

Government reaction to the threat of an attack on Carabineros

Given this, the Undersecretary of the Interior, Manuel Monsalve, indicated that “we consider any alert to be relevant and we seriously analyze it and take actionwhich is what the Carabineros has done regarding this alert to which a report mentions”.

According to the undersecretary, the police institution has taken measures to “Protect the safety of the population and the safety of officials and officials that work in Arica and other northern regions”.

The government representative also highlighted the investigations that have managed to disrupt gang cells in various parts of the country. “We have shown our capacity, our strength and determination to confront any type of criminal organization that wants to operate in our country,” Monsalve emphasized.

In addition, the undersecretary stated that has met with Carabineros, the PDI and other institutionswith the aim of taking security measures in the north of Chile, which would already be implemented.

Manuel Monsalve confirmed that this week they will constitute a CNational Advisory Council Against Organized Crime and that they have allocated a significant amount of resources to strengthen state institutions in the northern zone.

“Los Gallegos”, the operational arm of the Aragua Train in the north

It was last July 16 that the band “The Gallegos”the operational arm of the Tren de Aragua in the north of the country.

In total, a dozen members were formalized for crimes such as drug trafficking, kidnapping, trafficking of immigrants for the purpose of sexual exploitation and illicit association.

As the Radio Bío Bío report points out, the Chilean Gendarmerie requested to transfer the members of the gang who were sent to serve preventive detention in the Acha prison to other prisons in the country, such as Rancagua and La Serena, however, this was denied by the Arica Guarantee Court.