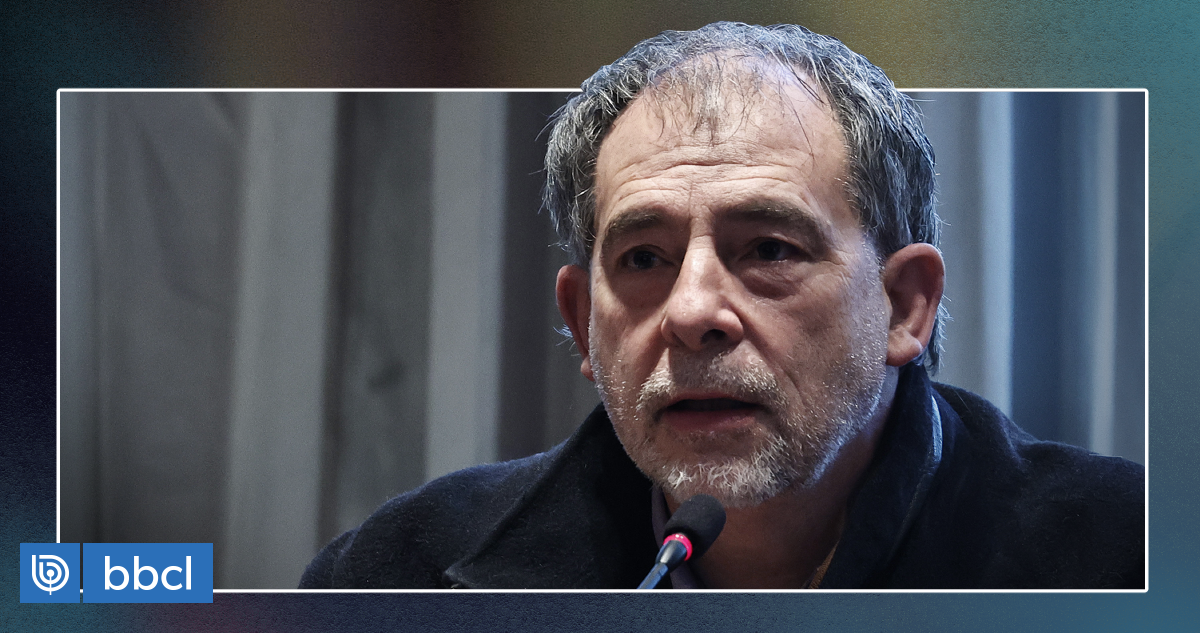 “Responsibilities cannot be swept under the rug because otherwise you don’t learn.” In this way, Guido Girardi summarizes the consequences that are foreseen after the triumph of the Rejection during the day on Sunday.

The current Executive Vice President of the Encounters of the Future Foundationwho supported the Approval option, does not hide that what happened in the Plebiscite is “a very deep defeat”, adding that these are the effects “when personal positions are privileged”.

In turn, the former parliamentarian calls for names from the opposition, such as Javier Macaya and Francisco Chahuán, to fulfill their “pawned word” so that “the right wing joins a constituent process that allows for a new Constitution.”

Asked about the possibility of running as a conventional candidate before a possible new body, Girardi did not rule it out, although he is emphatic in pointing out that it is an issue that will be seen “in due course.”

“The moment today is to support President Gabriel Boric,” he launches.

Political responsibilities after the Plebiscite

-How do you explain the comfortable victory of the Rejection in the Plebiscite on Sunday?

There’s not much to explain. I believe that unfortunately a majority of citizens did not feel represented by the work that was carried out in the constituent process, and finally society did not interpret that the new Constitution had a set of rights that were established as fundamental. He saw more threats than opportunities in the proposal. And that meant that finally, something that had originated this entire constituent process from the Social Outburst, ended up being rejected.

I believe that in a certain way there are important political responsibilities here in the sense that those who were part of the constituent process. Particularly and some political actors, received a mandate from society, from 80% of the citizens who entrusted and entrusted the possibility of a new Constitution.

And in a certain way I think that trying to put ideological and personal visions before the general interest squandered that trust. And that 80% confidence ended up transforming into minority support. I believe that there are responsibilities precisely for those who did not understand the mandate of the citizens to solve social issues and who sought the possibility of advancing their own logics over the general interest and received a sanction from the citizens.

We are going to have to establish responsibilities. Responsibilities can’t be swept under the rug because otherwise you don’t learn. I think we have to learn from this experience and the only way to learn is by acknowledging mistakes. I believe that there were many errors here that led the citizens themselves, who had voted for the constituent process and who had voted for the constituents, to see their expectations frustrated and vote against it.

It seems to me that this is a very deep defeat, perhaps it is one of the deepest political defeats since 1988, because here we lost the possibility of having resolved issues that are essential for the country, that are fundamental for coexistence , which has to do with issues of dignity and inequality that could have been resolved. And since they were not resolved, now they are going to remain pending and we are going to trip over that stone again because no country survives being one of the most unequal societies on the planet.

One of the most relevant factors in coexistence are the levels of equality, rights and dignity. They are the rights of nature that we lost, of the environment, the rights of women, the rights of animals, fundamental rights, of health and education, which as a result of misunderstandings could not be established.

Self-criticism in the Convention

-What self-criticism should the conventional ones make so that their proposal has generated so little support? Was there really a refoundational or revanchist mood as has been mentioned?

It is not all the conventional ones who have to criticize themselves because there were also people who tried to warn and generate a proposal that represented the general interest of the country.

But I think that above all those who were elected on lists of independents and some political actors have to learn a lot that these are the consequences when personal positions, ideological visions are privileged and put before the general interest of the country. And that is a subject that we will have to discuss later.

-Even in the worst case scenario, was such a massive defeat expected?

I do not think so. In any case, some surveys already warned of the magnitude of the problem.

-You spoke of political responsibilities. Is this defeat of the Approval a very hard blow for the government?

But I think that this is a discussion that comes later. I believe that today we have to protect the political capital that President Gabriel Boric has because we have already stoned in a certain way the capital that we had in the election.

-In what way do you think the constitutional process should continue?

I hope that the word given by the president of the UDI, Javier Macaya, for whom I have a lot of respect, and Francisco Chachuán, for whom I also have a lot of respect, can be fulfilled and that the right wing joins a constituent process that allows for a new Constitution. And restore in that new Constitution what we could not do now about social rights.

I believe that it is fundamental for the future, the stability and the governance of the future, and therefore the constituent process has to continue, a new Convention has to be elected, which will have to draw up the new Constitution.

-Would you be willing to run as a candidate for a new Convention?

That is an issue that we will see in due time but I think that all of us who are, want and believe in a new Constitution eventually have to be available but this is not the time to say that. I believe that the moment today is to support President Gabriel Boric and it is fundamentally the moment to respect the possibility of having a new constituent process.

Our comments are a space for conversation and debate. We welcome constructive criticism, but reserve the right to remove comments or block users aggressive, offensive o abusive.

Arrest of 300 activists against the wearing of the veil

What new products will Apple reveal on Wednesday night?