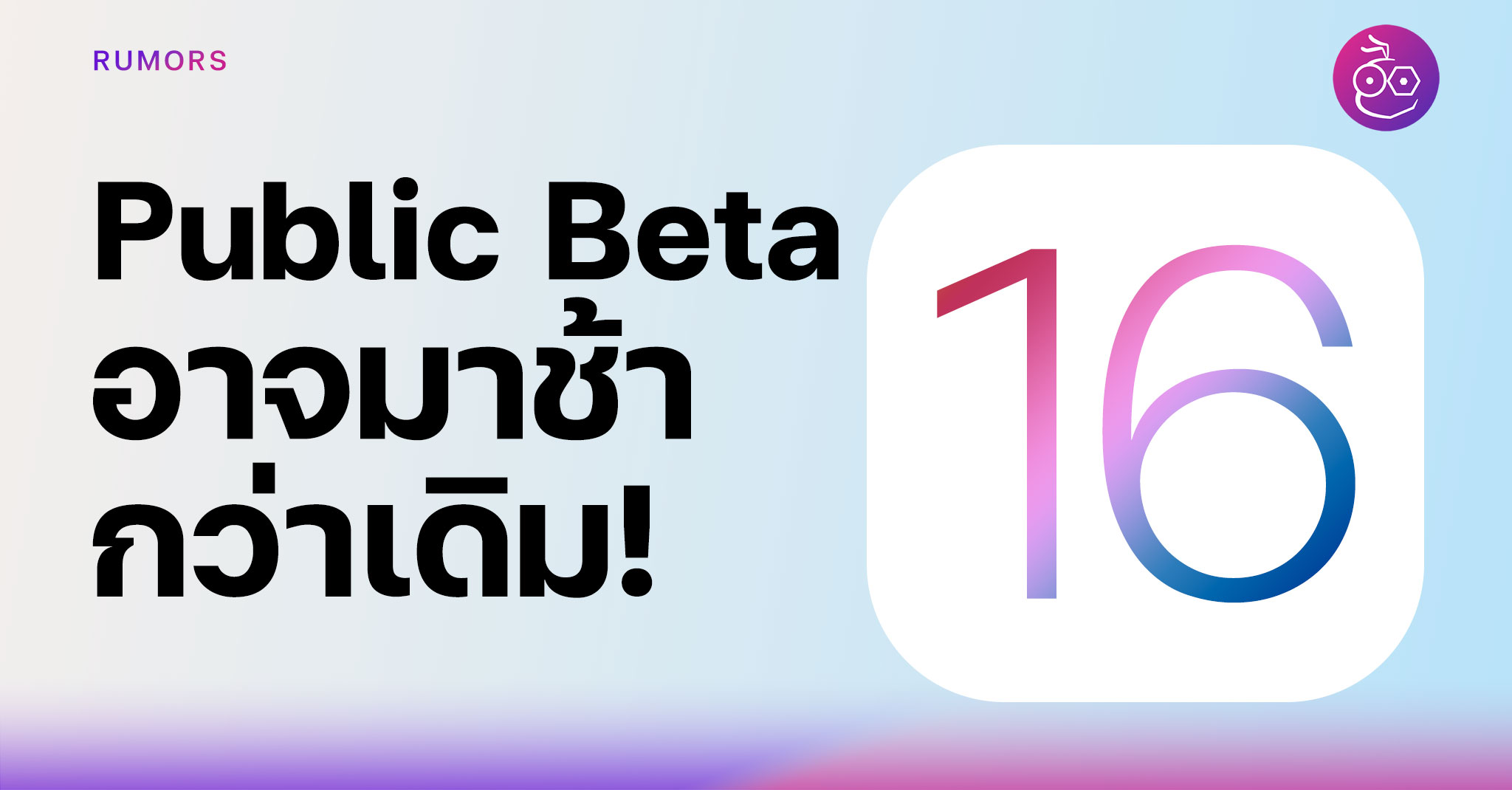 iOS 16 The test for the general public (Public Beta) may come later than before, with Gurman revealing that it may come in July with Developer Beta 3 because of many bugs.

Usually, after a new iOS version is released at WWDC, Apple will open Developer Beta immediately for developers and after about a month, it will open Public Beta for general users to register for testing.

Bloomberg’s Mark Gurman reports that this year’s iOS 16 may be scheduled to be adjusted, with the first iOS 16 Public Beta launching in July, along with iOS 16 Developer Beta 3, because the Developer Beta testing at the moment is still There are a lot of problems

iOS 16’s first public beta is scheduled alongside iOS 16 developer beta 3 in July. First iOS public betas are typically released alongside beta 2. That means the public beta may be running behind. Current internal seeds are a bit buggy. Things are still fluid and could shift.

Public Beta iOS is a beta version of iOS that users who are not developers can register to test. The fact that iOS 16 Public Beta isn’t ready in its early stages suggests that iOS 16 Beta is still problematic. applications that may result in the user The device is not fully functional.

Some of the most common problems users encountered in the early iOS testers were the device freezing, app crashes, and battery draining, and these are common problems that testers encounter. So iOS testing is good for testing on a secondary machine. not main unit

iOS 16 is expected to be released at WWDC 2022 on June 6 local time. Open to developers to test after work, Public Beta comes during July before releasing users to the official update at the end of the year (Sept.), as for iOS 16, there will be something new to wait. follow up

Be careful if you take the road: a police action carried out for 48 hours

Momokuro and Kanako Momota are selected as the theme song for the first drama. “Somehow the worst days” anime MV released | BARKS