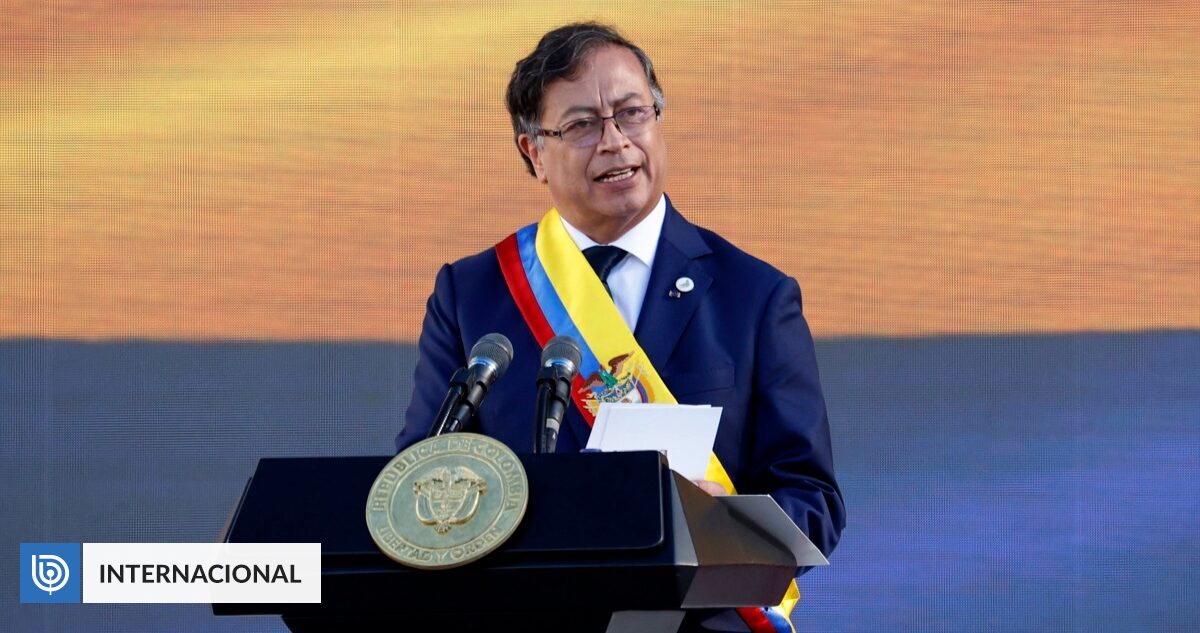 With a speech focused on achieving peace, this Sunday Gustavo Petro took office as the first left-wing president of Colombia. The president was received by a crowd that applauded him in the Plaza de Bolívar in Bogotá.

This Sunday the investiture ceremony of Gustavo Petro as the new president of Colombia, a position to which he came to succeed Iván Duque, before a crowd that applauded him in the Plaza de Bolívar in Bogotá.

“I promise God and I promise the people to faithfully comply with the Constitution and the laws of Colombia,” Petro said when sworn in before the president of Congress, Roy Barreras.

The president was sworn in by Senator María José Pizarro, daughter of Carlos Pizarro, who was a partner of Petro in the M-19 guerrilla and was assassinated in 1990 when he was a presidential candidate and the voting intention gave him 60%.

The congresswoman, in tears, put the presidential sash on the new president and gave him a hug amid the applause of the attendees.

After being sworn in, Barreras put a “dove of peace” on his lapel, which symbolizes one of the main actions that he will try to carry out during his Government, that of achieving “total peace” in Colombia.

In his speech, the president called on “all those who are armed to lay down their weapons in the mists of the past” so that “peace is possible” and thus “end, once and for all, six decades of violence and armed conflict”.

“For peace to be possible in Colombia, we need to dialogue, dialogue a lot, understand each other, seek common paths, produce changes”Petro underlined in his speech at Plaza de Bolívar, in the heart of Bogotá.

“We will work tirelessly to bring peace and tranquility to every corner of Colombia. This is the government of life, of peace, and that is how it will be remembered,” added Petro, who has promised a policy of “total peace,” which ranges from resuming talks with the guerrillas of the National Liberation Army (ELN) to achieving legal submission of other groups.

Petro took office this Sunday as the first left-wing president of Colombia, culminating a path from which other predecessors with the same ideas were expelled, after they suffered persecution, threats and even assassinations.

Rubí suffered an anxiety attack at the end of her presentation