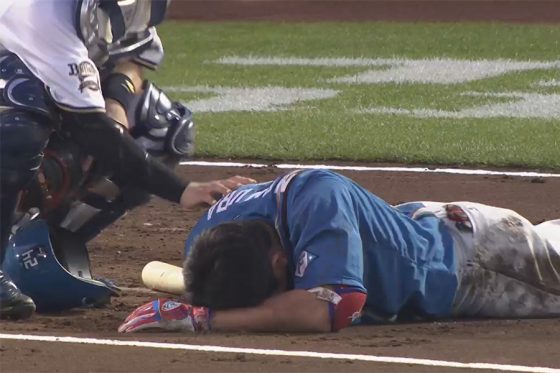 [Video]The dead ball that hit the face is “too dangerous”.

Nippon-Ham Yuki Nomura infielder participated in the starting lineup at “4th and 3rd base” in the Orix match held in Kobe on the 17th, but he was injured by a hit by pitch in the second at bat in the 4th inning. Orix pitcher Taisuke Yamaoka was sent off in the middle of the third inning.

The stadium calmed down four times. Nomura headed for the turn at bat in the scene of 1st and 2nd base and was the third ball from count 1-1. When Yamaoka’s fastball hit the area near his face, he collapsed on the spot. Nomura couldn’t get up, and there were scenes of bleeding, and he withdrew to the back of the bench while being surrounded by the staff. Mizuno was sent to the first base runner as it was injured.