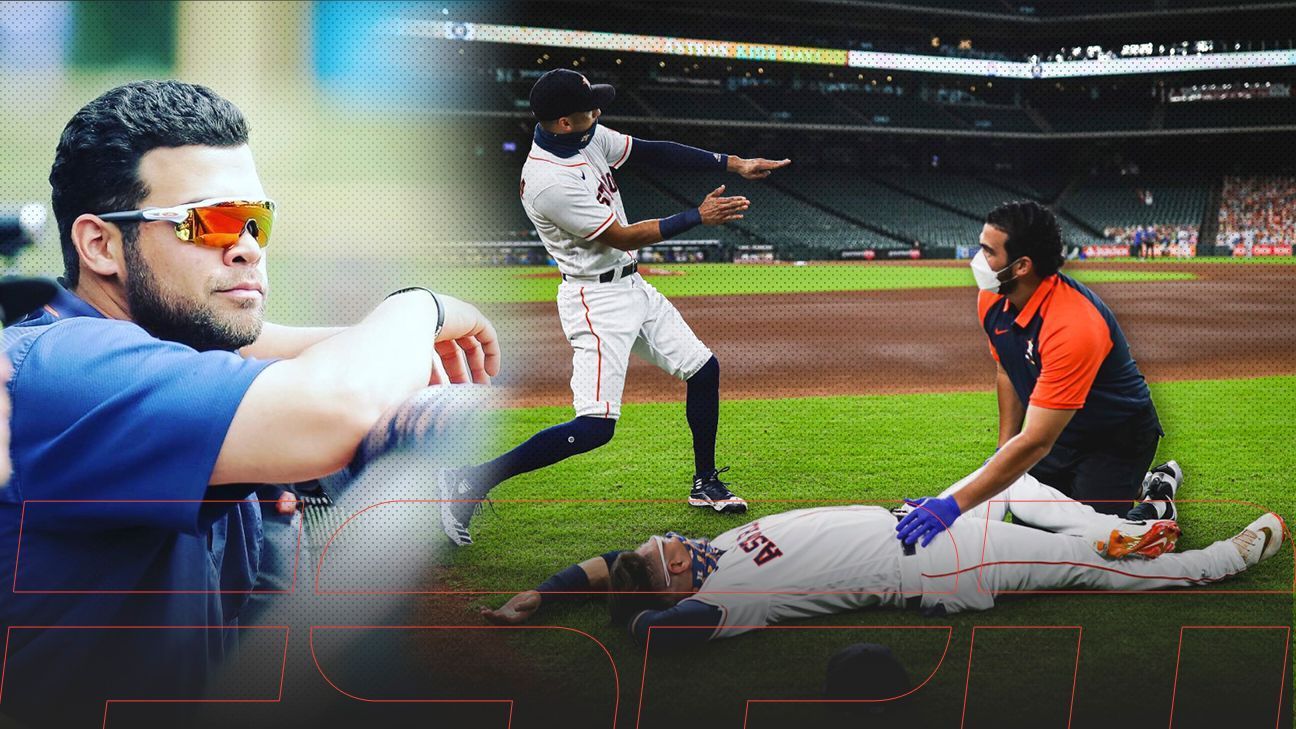 Despite being the largest producer of foreign professional players in the Major Leagues, there is always room for the Dominican Republic to be a pioneer in some aspect of the beautiful game of the Caribbean country.

This time it’s up to the area of ​​physical and sports training, where Hazael Wessin seeks to be and make history.

He was recently promoted to physical trainer for the Houston Astros senior team, the first time in history that a Dominican occupies this position in the ‘Big Tent’.

Born in Lucerna and raised in the Ensanche Ozama in Santo Domingo, the story could have been different for Hazael.

“Like many Dominicans, I had the dream of achieving a signing in the Major Leagues. I had an offer but the best decision I made, although it didn’t seem like it at the time, was to go to the United States. In college I kept on my own, trying to get to the draft but it never happened, ”says Wessin that he left for the United States at the age of 19.

He continued to be involved in baseball, attending several tryouts, thinking of perhaps becoming a scout but keeping in mind that studies were going to be an important factor in his life.

“I studied Sports Management, perhaps it was the only career related to sports. He wanted to be the scout. I didn’t know there was a ‘strength coach’ because I never had one. There was a coach who was ‘everything’, he gave you a training and now, let’s give it ”.

But in his last year of college a key opportunity came, first with the Boston Red Sox through a relationship he was creating with Jesús Alou and where he realized that he felt comfortable inside a gym.

The story changed when, through Andy Núñez, a psychologist, he was able to start working with the Astros and since then, on February 14, 2015, he began to climb positions and where a new chapter will soon begin, now in the Major Leagues.

Among his goals in this new challenge, he points out three relevant points: win a World Series again now with the big team, work hand in hand with a winner of the Most Valuable Player award and be part of the Dominican team in the World Baseball Classic .

The HCC struggles against the red lantern

France – Resignation of the director of the Institut Montaigne