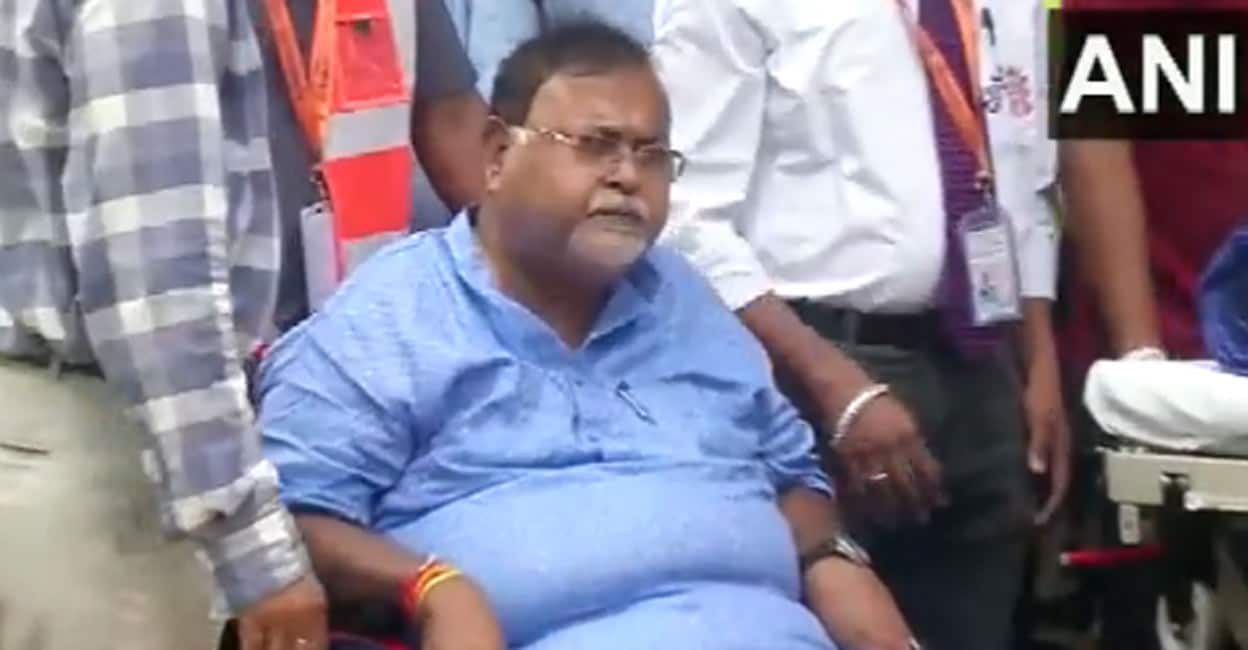 Kolkata ∙ A woman hurled a shoe at former minister and Trinamool Congress leader Partha Chatterjee, who was arrested in connection with the school recruitment scam. When she was brought to the government hospital in Kolkata, the woman threw a cherupuri at Partha. The woman introduced herself to the media as Subhadra Gadui. She said that she was a native of Amtala in South 24 Parganas district.

When asked by the media why he threw cherupuri at Partha, Subhadra replied, ‘He cheated the poor people and stole money’.

“Don’t you know why? He cheated many poor people and extorted money. Flats were bought. And yet you ask me why I did this. He is brought in an AC car. He should be brought with a rope around his neck. He would have been very happy if the shoe I threw had been on his head. There are many people here who do not even get food. He extorted money by promising to provide work. So he celebrated and bought flats to accumulate the money. – Subhadra told the media.

Partha and her assistant Arpita Mukherjee were brought through heavy security. Partha was removed from there by the security personnel after the nickname. The Enforcement Directorate (ED) arrested Partha, who was the Trinamool Congress General Secretary and Minister of Commerce and Industry in Mamata’s cabinet, in connection with the school recruitment scam. After this, Partha was dismissed from the ministry.

Enforcement Directorate ED recovered Rs 50 crore, five kg gold and foreign currency from the two flats of Arpita Mukherjee, who was arrested along with Partha.

the best looks from the C. Tangana concert in Marbella