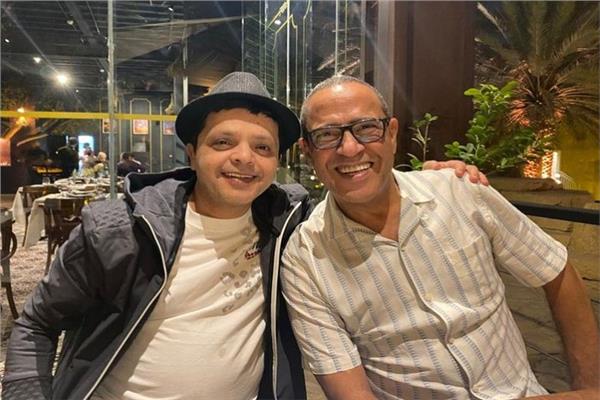 Share the star of Egypt’s first theater artist Ashraf Abdel Baqi His fans and followers, with his latest meeting with the Egyptian comedy star,Mohamed Henedy“, in one of the nightlife places, through his official account on the Instagram photo and short video exchange site.

commented Ashraf Abdel Baqi On the photo, he said: “I and Khawaja Henedy.”

The photo got many likes and comments, all of which came bearing love for both stars from the public.

Ashraf Abdel-Baqi added: “Some may think that it is fish pudding like the movie. The characters and events are far from the events of the film, and the similarity between them is in fish.”

Read also – Because he was ill, the artist Ihab Tawfik’s concert in Tunisia was canceled