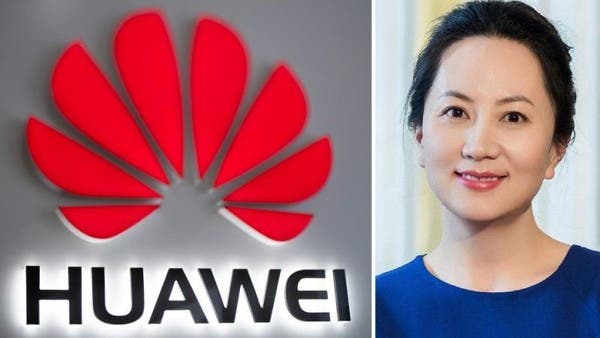 Huawei’s business results recorded the first ever annual decline in revenue during 2021, driven by the impact of US sanctions on the company.

However, this did not prevent the Chinese tech giant from boosting its profits over the past year.

“Despite lower revenue in 2021, our ability to turn profits and generate cash flows is increasing, and we are better able to deal with the uncertainty around the company’s business,” said Huawei Chief Financial Officer Meng Wanzhou.

Huawei’s annual report, released on Monday, is the first high-profile event led by Meng Since her return to China from Canada, after 3 years of negotiations to extradite the daughter of the president of Huawei, who was wanted by the United States due to accusations of deceiving officials from American companies.

Under former US President Donald Trump, Huawei was placed on a US blacklist called the Entity List that banned US companies from exporting key components and software to it. Washington has sought to cut off Huawei’s access to advanced chips needed for smartphones and other devices. As a result, Huawei’s share of the global smartphone market has declined.

At the same time, the United States described Huawei as a threat to national security and urged other countries not to use their communications equipment for 5G mobile networks, which Huawei has repeatedly denied.

These moves had a major impact on the company’s business units, as Huawei’s consumer division, which includes sales of smartphones and other products, generated 243.4 billion yuan in 2021, down nearly 50% year on year.

The network business, which includes communications equipment sales, posted revenue of 281.5 billion yuan, down about 7 percent year on year.

One of the company’s bright spots has been its budding business, which is the smallest division at the moment, but Huawei is focused heavily on surviving the recession, which includes Huawei’s cloud computing unit.

To counter US sanctions, Huawei is investing heavily in new areas including the auto industry and hiring more scientists to focus on technology development.

“Relying on talent, scientific research and innovative spirit, we will continuously increase investment to reshape our models for basic theories, architecture and software, and build our long-term competitiveness,” said Guo Bing, co-chair of Huawei.

Although Huawei is not a publicly listed company, it releases its annual results saying it was audited by the accounting firm KPMG.

Installed II Congress of the Working Class in Bolívar

Specifications of the new iQoo U5x phone for the middle class