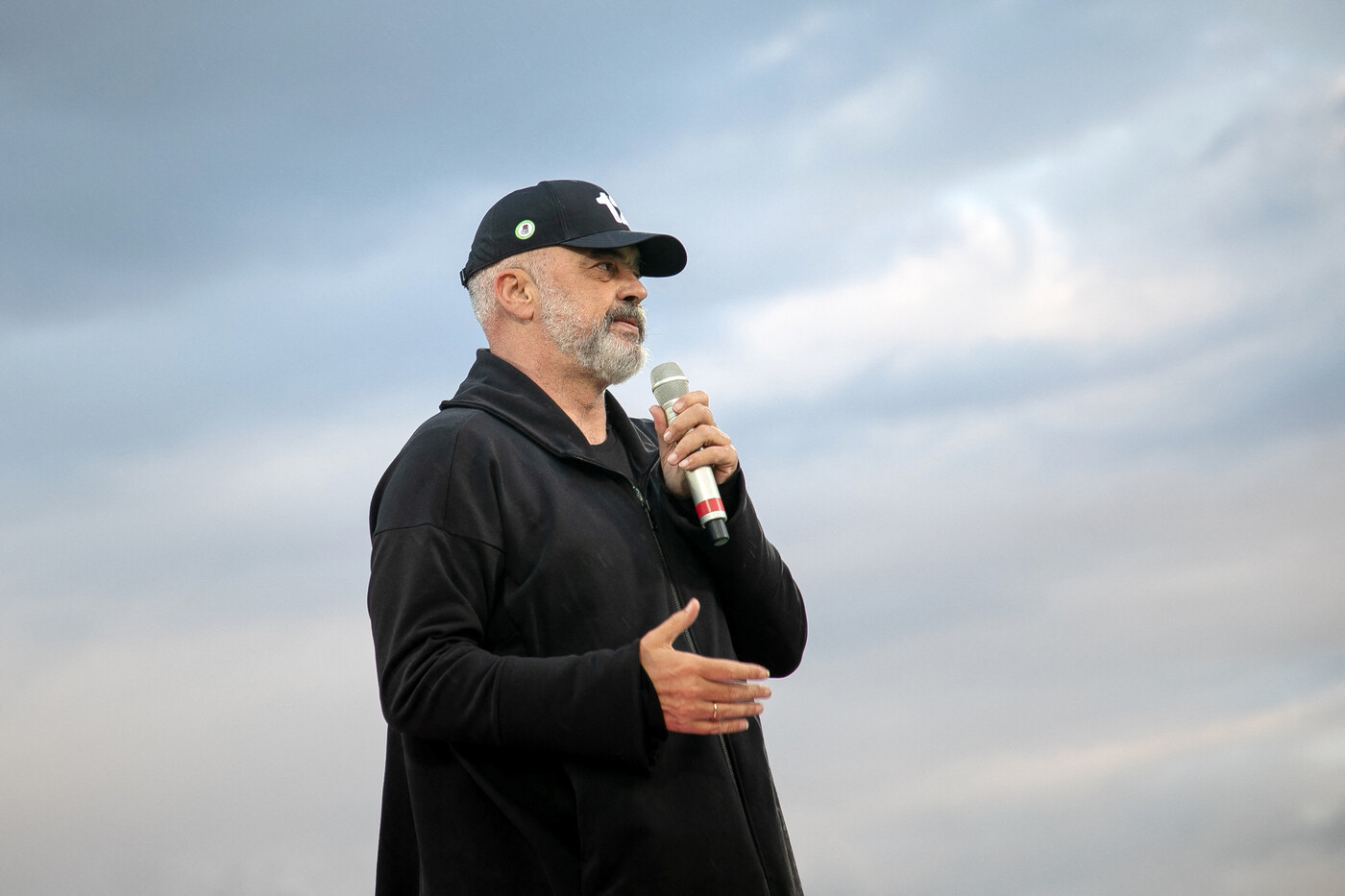 The right-wing opposition of the Democratic Party of Albania (PD) too quickly proclaimed victory at the end of the legislative elections of April 25. Prime Minister Edi Rama, who has led Albania for eight years, is expected to return to a third four-year term.

According to the still provisional results of the electoral commission on April 27 afternoon, his Socialist Party prances widely in the lead with 48.7% of the vote, with more than nine points ahead of its rival, the PD. This should allow him to obtain a majority of 74 seats out of the 140 in parliament, against 59 for the PD.

He does not lose a crumb of his electorate

Even though he had to face protests and was accused of authoritarian drift, the charismatic artist, former mayor of Tirana, who became head of government in 2013, has not lost a crumb of his electorate. In 2017, he had won 48.3% of the vote and 74 seats in parliament.

“It is not surprising, the right-wing opposition has failed to establish itself as a credible alternative, the PD is struggling to turn the page Sali Berisha”, analysis Sébastien Gricourt, director of the Balkans Observatory at the Jean-Jaurès Foundation, referring to the former cardiologist of the communist dictator Enver Hoxha, who was president of Albania before being its prime minister from 2005 to 2013.

And the socialist movement for integration (LSI) of Monika Kryemadhi, the wife of President Ilir Meta, who has become an opponent of Edi Rama, has suffered a severe setback and must be content with 6.8% of the vote. “The president is the symbol of the country’s unity above the parties, he was sanctioned for having supported the opposition”, adds Andi Pinari, historian at the University of Tirana. As for the small parties recently born on the Albanian political scene, they were unable to break through and remained as small groups. “It is undoubtedly also due to the new electoral system which does not favor a wider political spectrum”, deplores the historian.

See Also:  Belgians No. 1 in Europe, ahead of Austria and Finland

The Organization for Security and Cooperation in Europe (OSCE), which had dispatched 125 observers to this country of less than three million inhabitants, welcomed the holding of a “Lively and inclusive campaign, thanks to a legal framework which has helped to guarantee respect for fundamental freedoms”. However, if according to the organization, the adoption of electronic voting “Helped build confidence in the electoral process”, it expressed concern about allegations of voice-buying practices and the “Considerable advantage” which benefited the ruling party, because politicians campaigned as part of their official duties and because the government launched major infrastructure projects before the elections.

Edi Rama called for time to finish these projects hampered by the pandemic and to continue to rebuild the thousands of homes destroyed by a deadly earthquake at the end of 2019. He also launched a massive vaccination campaign against the Covid-19, which should allow the immunization by the end of May of 500,000 Albanians and the revival of the tourist industry.

Albania on the way to the European Union

If he is about to have free rein again, “It is also because there is a weariness vis-a-vis the political class and because it is finally the only one to have made reforms and to have put Albania on the path of the accession negotiations to the European Union “, emphasizes Sébastien Gricourt.

In recent years, Albania has notably launched a radical reform of the justice system which has made it possible to oust numerous corrupt judges and prosecutors from the system. “Albania remains the most pro-European country in the Balkans, membership of the European Union is the only way for the country”, ajoute Andi Pinari. ” For us, he justifies, Europe is our sun to warm us in difficult times ”.