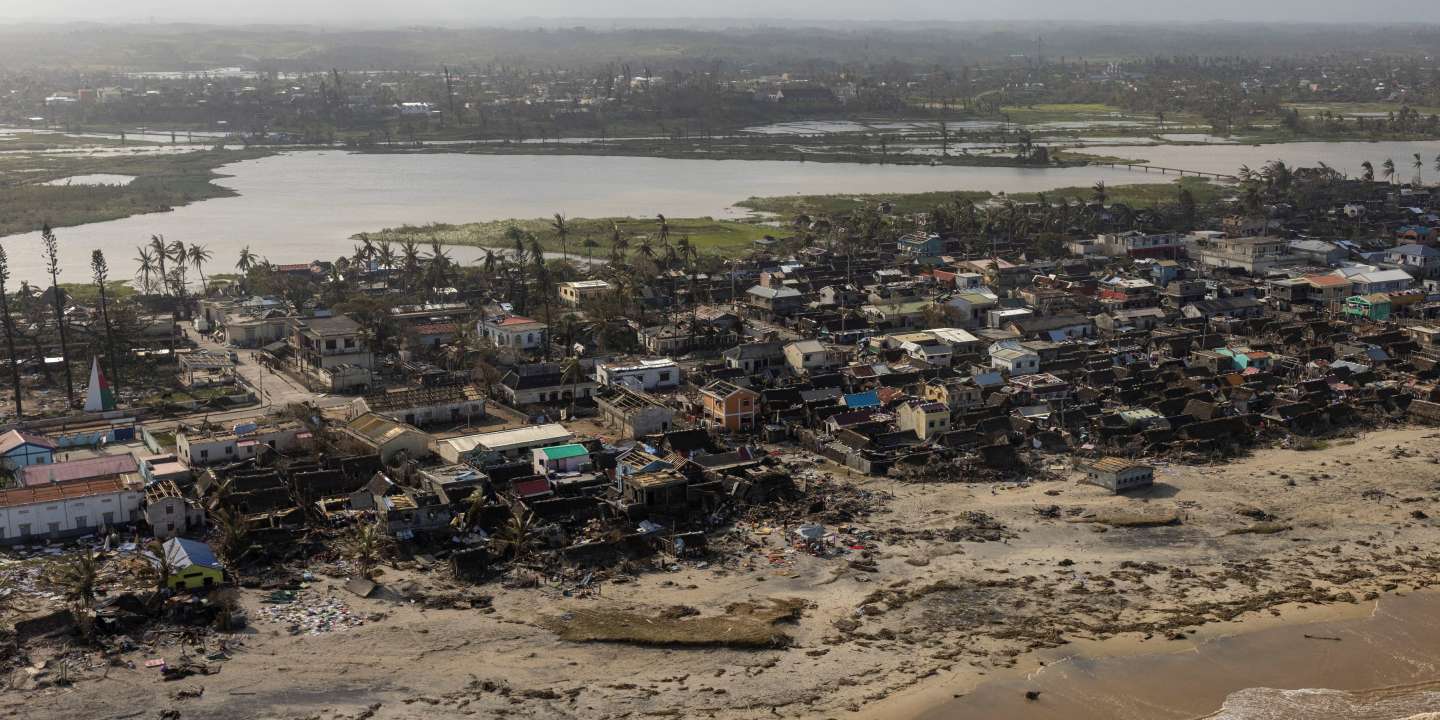 Tropical cyclone Batsirai left Madagascar on Monday, February 7, leaving in its wake tens of thousands of victims, twenty dead and the “rice granary” in the center of the country ravaged, raising fears at the UN of an aggravation of the crisis humanitarian action affecting the country. The large island in the Indian Ocean, which has nearly 28 million inhabitants, was already reeling from a tropical storm, Ana, which had killed 55 people at the end of January, and droughts.

According to the latest report from the National Office for Risk and Disaster Management, twenty people were killed. Nearly 70,000 people had to leave their homes damaged or destroyed by rain and gusts of wind, which reached 165 km/h. The United Nations agency for children, Unicef, fears in particular that many victims are minors, in a country, one of the poorest in the world, where they represent more than half of the population.

The cyclone, which had previously passed over the French island of Reunion, hit Madagascar overnight from Saturday to Sunday on the eastern coast, in an area 150 km long, sparsely populated and agricultural. In Mananjary, its epicenter, the overwhelmed residents contemplated their city in tatters.

Read also In Madagascar, tens of thousands of victims after the passage of cyclone Batsirai

The cyclone then headed west, inland, causing floods that devastated the plots of the country’s “rice bowl”. The consequences of the cyclone will be felt during ” several months “, especially at the level «Agricultural», warned Jean-Benoit Manhes, deputy representative of Unicef ​​in the country.

The capital, Antananarivo, and the country’s main port, Tamatave, were spared, resulting in a lower human toll than feared by the authorities and NGOs, who predicted nearly 600,000 people affected. “The roofs of several hundred schools and health centers were blown off” in the affected areas, however, adds Unicef.

This new blow comes as a severe drought in southern Madagascar has plunged more than a million people into acute malnutrition, with pockets of famine. On its way, Batsirai also partly destroyed the main road linking the island from north to south, “which will make it difficult to provide access and reinforcement in certain villages, including in drought areas”, alerted Jean-Benoit Manhes.

South African President Cyril Ramaphosa told a summit of African leaders on Sunday that the continent “suffered the worst impacts of phenomena linked to global warming such as droughts, floods and cyclones”. “Although they are not responsible for the cause of climate change, it is Africans who bear both the brunt and the cost”, he also pointed out.