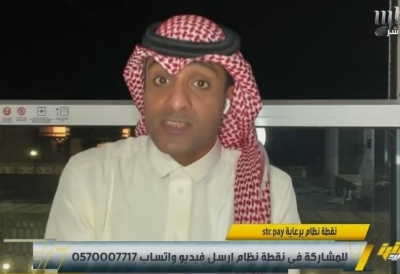 Al-Marsad Sports: Sports analyst Imad Al-Salmi spoke about the decision of the French national team coach, Hervé Renard, to replace the player Nawaf Al-Abed in the Poland match, despite the passage of a few minutes after the player was pushed in the second half of the match, a decision that surprised a large segment of Al-Akhdar fans.

During his appearance on the “Action with Walid” program, Al-Salmi explained that the absence of the player Salman Al-Faraj due to the injury distracted Coach Renard’s mind a little, suggesting that the replacement of Nawaf Al-Abed in the Poland match came due to the player’s lack of full readiness.

Watch.. Egyptian actress Hind Akef cries on air and reveals details of her attempt to expel her from the Cairo Film Festival