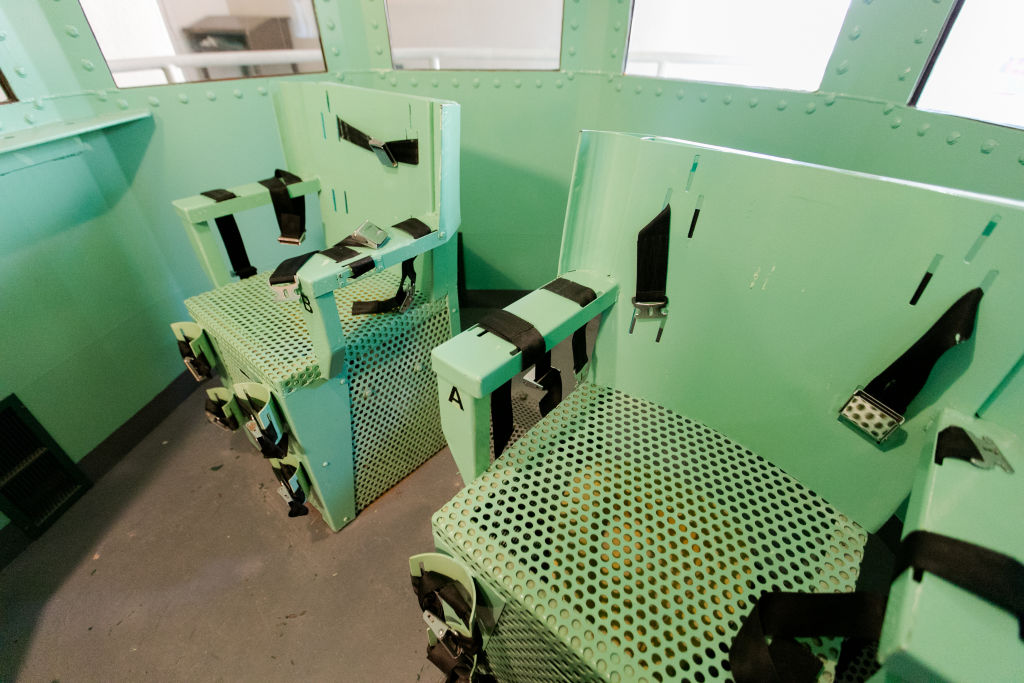 Learn about the case of the execution of Melissa Lucio in Texas 1:40

(CNN Spanish) — In more than half of the states in the United States, the death penalty remains in force, a punishment that for decades has been applied only for one crime: homicide. Here’s an overview of what the key legislation says.

Of these 27, there are three where governors have declared a moratorium on executions, so they are not going ahead: California, Oregon and Pennsylvania.

The federal government may also, in certain cases, request the application of the death penalty. Nevertheless, as explained by the non-governmental organization dedicated to providing information on the subject, federal executions are much rarer than those defined at the state level.

On the other hand, those who are part of the Army – and thus subject to a separate system of laws and procedures – can also occasionally be punished with this penalty, although it has been rarely used outside of wartime.

In this photo, the San Quentin death row gas chamber is seen before it is dismantled at San Quentin State Prison, California, on March 13, 2019. (Credit: California Department of Corrections and Rehabilitation)

What crimes are punishable by the death penalty

Since the reintroduction of the death penalty in 1976, all executions have been for the same crime: homicide. And all prisoners currently on death row are sentenced for this cause, according to the Death Penalty Information Center.

Each state, however, can determine what circumstances in the case of homicide are considered aggravating so that the crime can be punished with the death penalty. According to an analysis of the organizationfor example, the homicide of a child is an aggravating circumstance that can result in a death sentence in almost half of the states that allow this punishment.

The aggravating factors, which depend on each state, are multiple and can cover situations as diverse as homicide during a kidnapping or rape; murder of a law enforcement officer while on duty, homicide when the accused had already been convicted of other crimes punishable by life imprisonment or the death penalty, etc. can be consulted here (in English).

without pulling the trigger

In the majority of executions carried out since 1976, the people to whom this punishment was applied had directly killed the victim, according to the Information Center on the Death Penalty.

However, there are cases in which those executed had ordered or hired another person to kill the victim or had participated in a crime in which the victim died at the hands of another person involved in that crime (although the Court Supreme has restricted the use of this punishment in cases like this, the organization says).

What happens in rape cases

Historically, the death penalty had been widely applied in cases of rape, especially of black people to white victims, explains the institution.

In 1976, the possibility of other crimes beyond homicide, including rape, being punished with the death penalty was left open. However, the Supreme Court quickly ruled that the penalty was not applicable for the rape of an adult in the event that he had not died and then that was extended to all rapes if the victims had survived.

Other crimes contemplated in state legislation

There are state laws that contemplate the possibility of capital punishment for other crimes beyond murdersalthough there is no person on death row for any of these crimes.

Drug trafficking, for example, is considered a capital offense in Florida and Missouri. Aggravated kidnapping, for its part, is contemplated under this status by several states: Colorado, Idaho, Illinois, Missouri and Montana.

In Georgia and Missouri, hijacking a plane is also on this list, and in some states treason, planting a bomb near a bus terminal, and aggravated assaults on incarcerated persons or murderers are considered possible capital crimes.

At the federal level, there are statutes of this type for the crimes of espionage, treason and trafficking large quantities of drugs although, as in the state case, no one is on death row for these crimes.