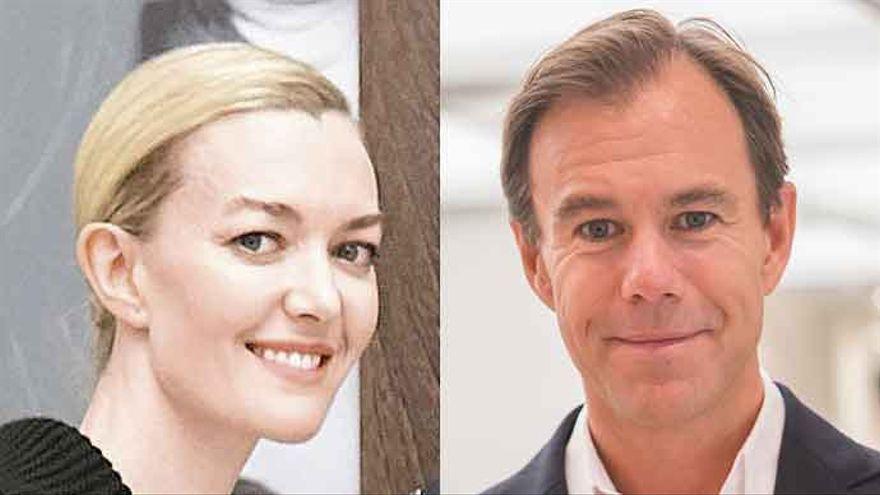 the president of Inditex, Paul Island, will appear for the last time in March before analysts to present its latest results annual, just before Marta Ortega relieves him of the position in April. We will have to wait for that moment to know the scope of Inditex’s business in 2021, but there is no doubt that the multinational textile company from A Coruña has strengthened its leadership in the global fashion market. His main rival, the Swedish H&M, presented this Friday its annual balance, with some sales of 19,014 million euros and a profit of 1,052 million. Inditex will widely exceed these figures, because only with what it invoiced in nine months, from February to October (19,325 million euros), it has managed to earn more than double that of its competitor in twelve: 2,500 million euros.

The company chaired by the millionaire Karl-Johan Persson —third generation of the family business— and directed by the economist Helena Helmersson as CEO has not yet managed to recover the pre-pandemic rhythm. Between December 2020 and last November, Hennes and Mauritz had a turnover of 198,967 million Swedish crowns (19,018 million euros), only 6.4% more than in 2020, the year in which the textile sector suffered the most from the closures and the fall of consumption caused by the outbreak of COVID. Just before, in 2019 the Swedish textile invoiced more than 22,200 million.

Inditex went from 28,286 million euros in sales in 2019 to 20,402 million in 2020. In the absence of closing the 2021 fiscal year, which runs until the 31st of this month, the company has already touched the pre-COVID levels at the end of the third quarter and has exceeded them at the end of the year, according to the data preview.

The company which Pablo Isla still leads with the support of Óscar García Maceiras —the lawyer from Coruña will continue to be CEO with Marta Ortega— It is the leader in its sector in sales, but it is above all in profits. According to the results of the first nine months of 2021, Inditex earns just over one euro for every eight it bills. H&M, on the other hand, needs to enter 18 euros to obtain one profit.

H&M’s net profit amounted to 1,052 million euros (11,010 million Swedish crowns) at the end of its fiscal year, which ended last November, which is almost nine times more than the result of 1,243 million crowns (119 million euros) recorded by the Swedish textile chain in the 2020 financial year. But it is well below the profits that Inditex will make in its 2021 financial year, since those obtained in nine months are already more than double those obtained by the Swedish throughout the year.

The company of Amancio Ortega profits of 2,500 million were recorded between February and October of last year, 273% more than in the same period of the previous year (weighed down by the harshest effects of the pandemic). The keys to Inditex’s profitability in this period are, by way of expenses, in the reduction of stores (it closed 829 commercial establishments) and, by way of income, in the boost to online sales, which reported more twice as much income as before COVID (+124% compared to 2019).

Given this result, Isla celebrated that Inditex’s “competitive differentiation” is “greater than ever” , with a “strong operating performance” and with “all-time highs” in both sales and profit for the third quarter; and valued the “solidity” of the business model and the “potential” of its integration strategy between the physical and digital world.

These competitive advantages, together with others such as greater local production (which reduces exposure to the crisis in the supply chain suffered by Asia) have led the influential international investment firm Goldman Sachs to raise its valuation of Inditex this month and recommend the purchase of shares, due to the good prospects for 2022. Goldman expects the value of Inditex to rise by 30% and this forecast fills with optimism the arrival of Marta Ortega, second generation of Inditex, to the presidency on April 1.

National: Red Star and Créteil want to take advantage of their late matches

Faced with the shortage of electronic chips, the EU wants to quadruple its production by 2030