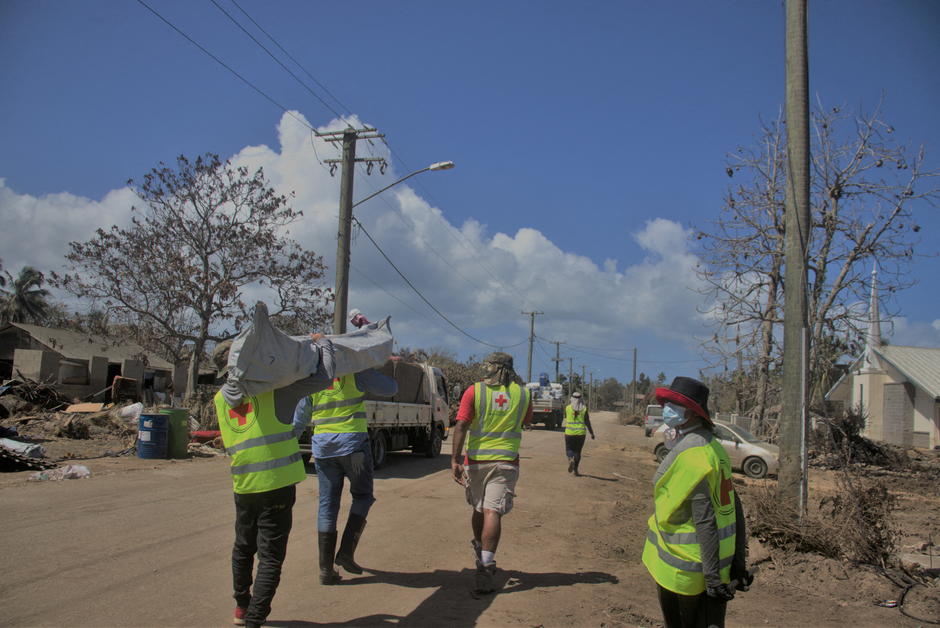 The tsunami triggered by the massive eruption of the Hunga Tonga-Hunga Ha’apai volcano in the Pacific caused widespread damage but few casualties. Compass hopes that the Indonesian archipelago, which has 127 active volcanoes, 69 of which are under close surveillance, will learn from this to prepare for future disasters.

The powerful eruption of the Hunga Tonga-Hunga Ha’apai volcano on January 15 was followed shortly thereafter by a series of tsunamis which, “in some parts of this archipelagic nation, have reached fifteen meters in height, especially on the Mango and Fonoifua islands”, recalls the Indonesian daily Compass.

The United Nations Office for the Coordination of Humanitarian Affairs estimated that 84,000 people, more than 80% of the population, were affected by the disaster. “However, notes the newspaper, the deafening explosions of this eruption acted as a wake-up call for the islanders to flee inland. So official data as of January 25 only indicated four deaths.”

Local authorities have confirmed that tsunami prevention drills have played an important role in saving lives. “Indonesia must follow the example of the Tonga Islands”, suggests Compass.

According to the Center for Volcanology and Geological Hazard Management (PVMBG), of the 140,000 deaths caused by volcanic eruptions in Indonesia since the XIXe century, 28% can be attributed to post-eruption tsunamis.

The most memorable eruption was that of Krakatoa in 1883, which triggered a tsunami with waves 40 meters high on the coasts of South Sumatra and West Java, killing 36,000 people. In 2018, it was the turn of the Child of Krakatoa to cause a tsunami which, with its wave 10 meters high, carried away 400 Indonesians, including the musicians of a rock band who were giving a concert on a beach. .

However, as pointed out Compass,”Indonesia does not only have Krakatoa. At least eleven other volcanoes are known to have triggered tsunamis. All are located on land, so their activity can be easily monitored. But, says the newspaper, “cUnfortunately, this is not the case for submarine volcanoes such as Sangir and Banua Wuhu in North Sulawesi waters, Emperor of China and Nieuwerkerk in the Banda Sea, Yersey and Hobal in the eastern Lesser Sunda Islands”.

Founded in 1965 to oppose the communist press, written in Indonesian, “Boussole” is the largest national daily, the reference, with in-depth investigations on social events and reports on the “outer” islands, Indonesian