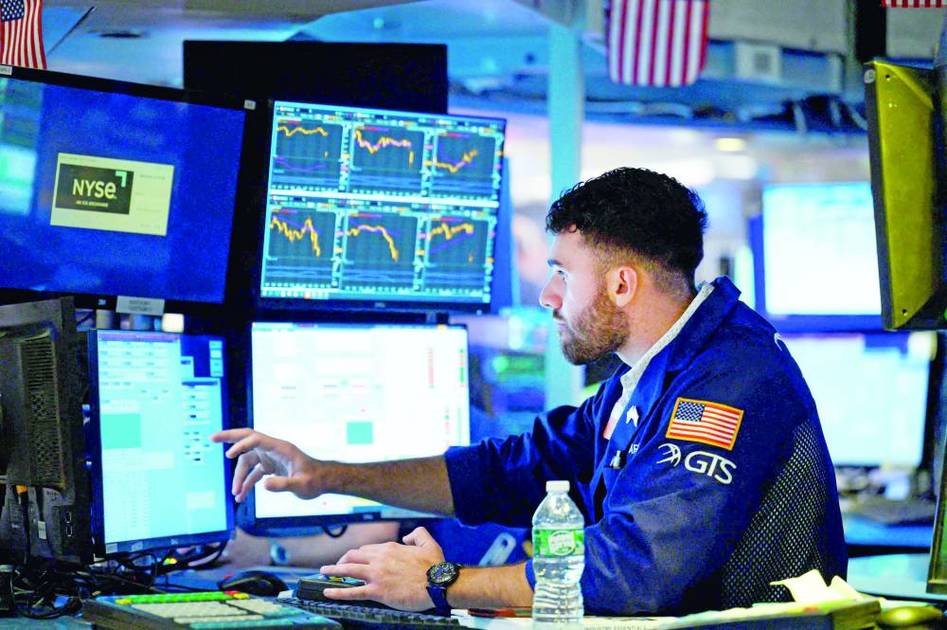 The rally in US stocks, which came despite uncertainty on Wall Street, looks set to be tested this week, as key inflation data threatens to close the door on expectations that the Federal Reserve will turn from its hawkish policy.

The S&P index faced tough challenges this summer and rose 13% from its lows in mid-June, hoping the Fed would end earlier than expected the rate hikes affecting Wall Street.

The US jobs number on Friday reinforced this case of increases, but slightly affected stocks, as this index fell less than 0.2% on that day, and achieved its gains for the third week in a row.

And stocks may be subject to more upside if investors believe the Fed will succeed in its battle against rising consumer prices, but signs that inflation remains strong despite the recent drop in commodity prices and monetary tightening, could weigh on the outlook further. The central bank will stop raising interest rates early next year, and this may lead to the demise of risk appetite, and thus push stocks lower again.

“We are now at the point where the consumer price data is reaching its critical mass, giving us some indication of what we and the Fed are facing,” said Michael Antonelli, managing director, market strategist at Baird.

The recovery in the middle of the 2022 bear market was short-lived, and three precedents were reflected in the S&P index to reach new lows, raising doubts about the sustainability of the recent rally. The bleak outlook for investors was highlighted by recent data from Bank of America’s global research division showing that the average recommended stock allocation by US strategists, on the sell side, fell to its lowest level in more than five years in July, even as the S&P 500 rose 9.1% that month, its biggest gain since November 2020.

According to a Deutsche Bank report published last week, institutional investors’ trading in equities has also remained low, and the position of stocks for discretionary and regular investors remains in the 12th percentile of its range since January 2010. Federal Reserve officials over the past week have opposed the easing narrative. San Francisco Fed President Mary Daly said she was puzzled by bond market prices that reflected investors’ expectations that the central bank would start cutting interest rates in the first half of next year.

US interest rate futures recorded a 69% chance of a 75 basis point hike at the September meeting, up from about 41% before the payroll data, and futures traders also took into account the fed funds rate of 3.57% by the end of the year. Options markets, little evidence of investors rushing to make more gains in the stock market.

Trade Alert data showed a 3% drop on June 16 in the average one-month daily volume in US listed put options, which are typically used to place bullish bets.

Celia Rodgers Hobbs, portfolio manager at Brandwine Global, believes most of the recent rally has been driven by short-covering, especially among the many high-performing tech names that haven’t done well this year. “The market doesn’t want to miss the next rally, but it’s hard to know if it will last or not,” she said.

Of course, investors are not destined to pull back en masse. Corporate earnings were stronger than expected for the second quarter, with 77.5% of Standard & Poor’s companies beating earnings estimates from Refinitiv data; Which boosted some of Wall Street’s gains.

Also, Antonelli from “Bird” believes that the inflation number, which is lower than expected next week, may push more investors towards the stock market.

Tom Siomades, chief investment officer at AE Wealth Management, says the market hasn’t bottomed yet, urging investors to avoid chasing stocks. “The market seems to be making some wishful thinking, and investors are ignoring the old adage: Don’t fight the Fed,” he says.