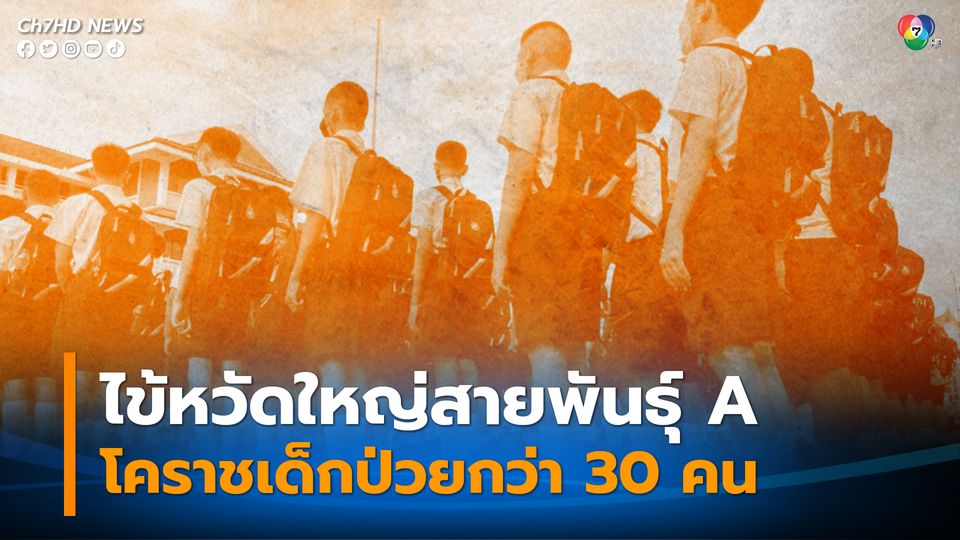 Influenza A cluster has spread, Dr. Jiraruj Pediatrics reveals Korat, primary school children. Sick at least 30 people during this period have high fever, cough, runny nose. In addition to RSV, it may also be influenza A.

“The influenza A outbreak should have started as early as last week. From a school in Korat, I found about 10 people at the clinic myself until today. get information from parents And it seems that the number of patients is increasing. I thought I’d warned you from last week. But it won’t escape being snubbed again… But today it doesn’t seem like it anymore. And it seems that the number of sick children has increased,” said Dr. Jirarut.

Initially, the disease control agency knew the information. And there are efforts to control the disease as well. This is because partly Influenza A has not been an epidemic for a long time. together with the strictness of wearing a mask to wash your hands and screening of sick children before entering school was greatly reduced. And it’s the last curve. that children must take the exam before the semester break

Therefore, during this period, if a high fever, cough, runny nose is found, in addition to RSV, influenza A may also be another cause.

In most cases, the flu can go away on its own. and mild symptoms especially those who receive regular vaccines But if you have severe symptoms such as high fever that causes seizures, vomiting, unable to eat. short of breath These should be given antiviral drugs. and treated in a hospital for follow-up

“Who didn’t warn me? I assume that I have served as a pediatrician who is concerned about the health of my children. and don’t want to see Any family affected by this issue does not intend to cause concern or panic,” Dr. Jirut concluded.

Bento coach “Lee Kang-in, use it when necessary… Think of the team rather than the individual”

It’s not just being a school tyrant. This girl becomes a poor and busy family… By “playing rotten” and becoming a super rambling Internet celebrity | International | CTWANT