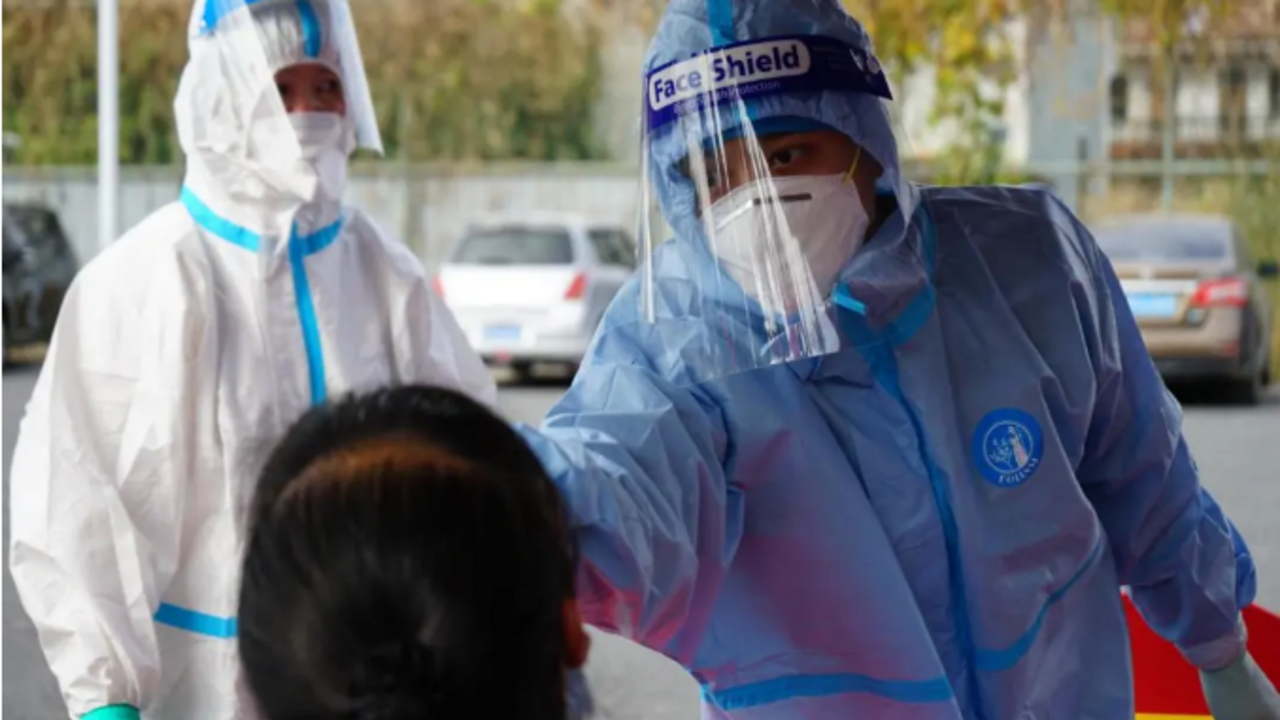 China is the last country in the world now to seek the total eradication of Covid-19 cases. And this is not without costs for the economy. The IMF, in its annual forecasts yesterday, revised Chinese growth downwards. The number two of the institution, Rita Gopinath, even pointed out the risk posed by this policy at a time when the Omicron variant is rampant.

With most of the planet now living with the virus and its latest variant, the highly contagious Omicron, China’s strategy is increasingly being questioned.

The Chinese economy is likely to suffer in 2022 says the IMF in its forecasts. And when China coughs, the world catches a cold since the country is still the leading contributor to global GDP. This year, Chinese growth will stand at 4.8% instead of the 5.6% expected so far.

In question, the many restrictions still in place in China

The three-step strategy: test-trace-isolate infected people or people in contact with infected people is applied flawlessly. Quickly and massively. Much has been said about recent cases of confinement in major Chinese economic metropolises for a few declared cases of Covid-19. Like Xi’an: 13 million inhabitants confined for 150 cases.

The restrictions have compounded the global supply chain problem, leading to shortages all over the world. China’s trading partners are losing patience. Despite promises made by Beijing in recent weeks, measures to facilitate business visas have not been taken.

And the two-week quarantines imposed on any visitor from abroad continue to be applied with zeal. It’s as many fewer chances to sign contracts, or even to maintain the informal ties that are so important when you want to stay in China.

And that’s not all, domestic consumption is down

This time of year – the Lunar New Year – is normally auspicious. With the restrictions in place, retail sales are growing more slowly than in previous years as December figures showed.

The maintenance of these draconian measures made of repeated confinements will weigh further in 2022 on domestic consumption, supposed to be one of the main engines of the Chinese economy. According to the IMF, the recovery in private consumption will be weaker than expected this year. In addition to the “zero Covid” strategy, the crisis in the real estate sector in the midst of restructuring is also in question.

What should be remembered is that the “zero Covid” strategy in China has had positive effects. The number two of the IMF recalled yesterday. It worked very well not only to reduce the number of cases and deaths. Less than 6,000 deaths since 2020 according to official figures. This is much less than in Europe and the USA.

In 2020, China was the only G20 country to achieve positive growth. And since then, the economy has held up thanks to record exports in particular. This is a record that the Chinese authorities carry as a standard, especially in the face of Western powers.

And this complicates the debate on the readjustment of this method

Australia, New Zealand and even the Vietnamese neighbor have come out of their “zero Covid” policy to preserve their economy. Beijing maintains it. In China, the few voices calling for a return to normal are very difficult to hear.

We see an opening as a major health risk since the immunity of the population is weak and the hospital capacities insufficient. Even though Omicron is too contagious to contain, Beijing feels bound to hold that line against all odds.

Especially since this year, two crucial events are taking place: the Winter Olympics (although the showcase is tarnished by the boycott of several nations) and above all, the National Congress of the Communist Party at the end of the year supposed to establish the authority of Xi Jinping. The daring bet of Chinese power is that in 2022 as in 2020 it will be able to eradicate the virus and safeguard its economy.

the end of the adventure for Cornet, Swiatek in the last four, what to remember from the night in Melbourne