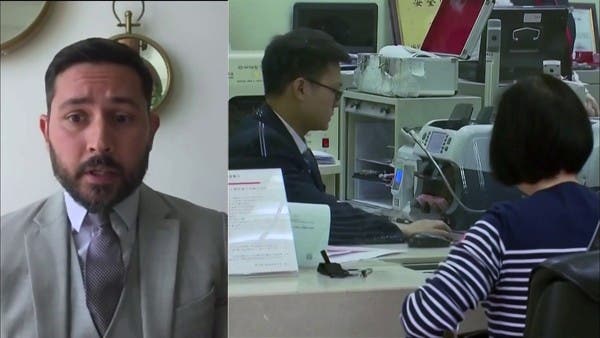 Bank of Singapore’s investment director, Karim Al-Aita, said the cut China’s central bank The interest rate for the five-year mortgage-backed loans, from 4.6% to 4.45%, is an important but insufficient step.

Karim Al-Aita added in an interview with Al-Arabiya, today, Sunday, that the step helps in terms of demand for real estate in China, but there is still a need for assistance from the side of liquidity, especially regarding the debts of weaker developers in China, and accelerating mergers in the sector.

He explained that China is trying to implement 3 economic goals that are difficult to achieve simultaneously, which is a growth rate of 5.5% this year, achieving zero cases of Covid, and reducing corporate debt, especially real estate, explaining that it can achieve a growth rate of 5.5% among these goals.

Al-Aita said that Chinese stocks and some bonds will have good investment opportunities in the long term, considering Chinese consumption, and the GDP per person in China of about $10,000, which is less than America and Europe, and countries such as the UAE, which has $60,000. China is currently focusing on the clean energy, 5G and other sectors.

He added that tech stocks are historically cheap and it is necessary to see the climate and regulatory environment that are more conducive to them in China, and whoever has the long breath to own them has a good entry point in it.

On the US stocks’ bottoming, Karim Al-Aita said that it is not time to see the market bottom at the present time, expecting a technical rebound in the markets within two or three weeks, but the market remains weak in the medium term.

He added that investors should reduce debt from investments and enter into the names of strong companies, especially the names of technology companies that have fallen a lot during the recent period, and enter into strong names in the long term, explaining that the energy sector is good and despite its rise compared to other sectors during the last period, but it did not rise In proportion to the recent rises in energy and gas.

How much time does planet Earth have left?