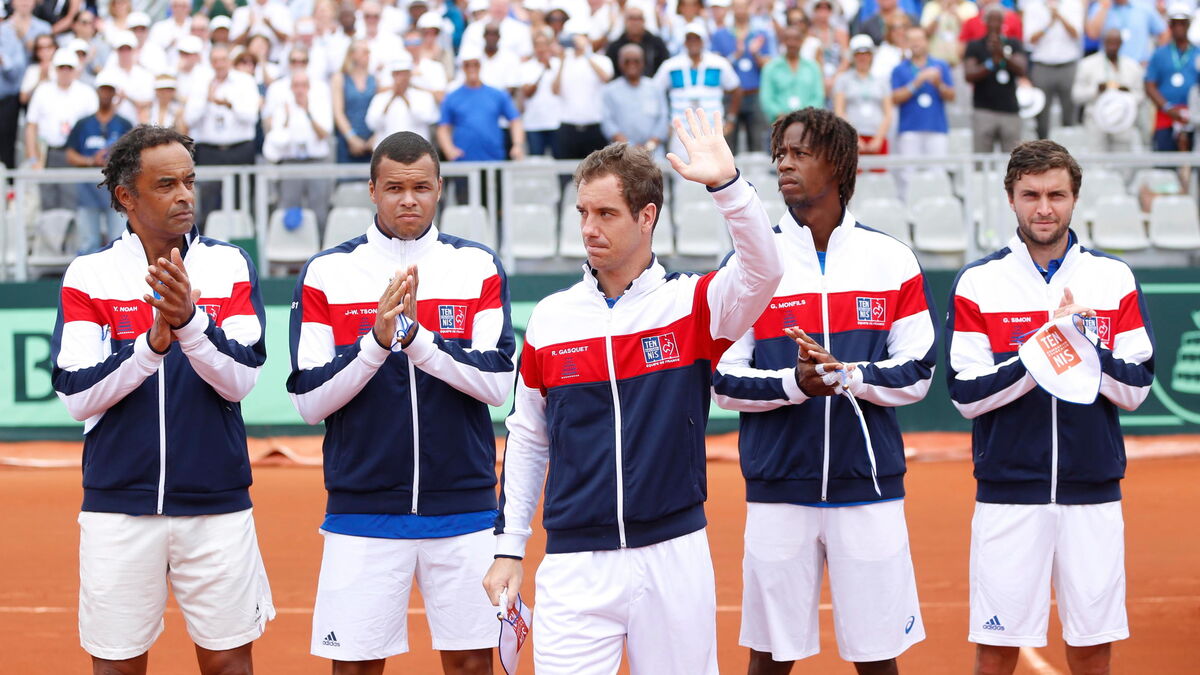 As the tournament opens its night sessions this Monday, a generation has never seemed so close to twilight… Gaël Monfils, Richard Gasquet, Jo-Wilfried Tsonga and Gilles Simon are undoubtedly playing their last Roland-Garros together. Last fall, the sun had already declined quite a bit. With a Tsonga eclipsed by injuries, a misty-minded Monfils and a Gasquet-Simon duo that the classification now exposes to be quickly dazzled by seeds, it was the first time since 2004 that no member of the quartet could not find light on a court at Porte d’Auteuil.

The weather has not really improved since then. Returning to the circuit intermittently, Tsonga (36) does what he can to afford the end of his career and to dominate this body which has often bruised him. Gasquet (35 years old in June) still has the urge, but more gasoline and Simon (36 years old) is getting old and has already left the arena (dominated by the Hungarian Fucsovics 6-4, 6- 1, 7-6). Monfils (34) is seeking to regain some semblance of confidence.

“It’s already fabulous that we’re all still here,” says Gasquet, who will perhaps pass the torch to Gaston on Tuesday in the first round. It’s a great adventure to have been all four at the same time. I never thought we would all be here again. I am already satisfied. It is clear that we are approaching the end, but it is natural. We’re trying to shoot as much as possible, but it won’t be long, that’s for sure… ”

“There are things that I can no longer do as before”

Despite nineteen years on the circuit, the Biterrois will hang up only without knowing it of his own free will. Animated by an intact pleasure of the game and the fear of the emptiness of the aftermath. Tsonga and Simon are much more fatalistic and mentally better prepared to move on.

The former world No. 5, who will offer himself the happiness of Lenglen against Nishioka, has long prepared his conversion into a businessman with the caps of an academy owner, tournament manager, agent, public relations, etc. , taking advantage of his many periods of unavailability to build his future in the world of tennis.

Simon, too, will continue to revolve around a yellow ball. Maybe as a coach. “I’m getting older, so it’s getting harder and harder. When you get older, you feel less efficient, necessarily you also take a little less pleasure linked to the conditions, observes the Niçois, who took a break at the end of winter. Maybe we can feel the end approaching, so there’s a lot of stuff coming together and it’s not easy. “

Despite his Sunday defeat, the former world No. 6 keeps smiling. “It’s been a long time since I felt so good,” he explains. I finally feel like I’ve played a tennis match. So yes, it’s hard, you have to prepare, recover. At one point you don’t play to be 10th or 15th anymore, because that means playing well for fifty-two weeks and you know that is no longer possible. When it can come back, you play, when it goes wrong you stop. Everything is cool for us… ”

There remains the eternal unfathomable, Gaël Monfils, whose dynamic is different from that of his future former playmates. “He is not in the same situation, slips Gasquet. Him, he still has a few years left … “Before the sudden stop due to the pandemic in March 2020, the Parisian, still world No. 15 thanks to the freezing of the ATP ranking, had the best start to the season of his career. Since then, he has been as restricted in terms of health as in that of victories, with success in eight games over fifteen months.

And his professional life seems to crumble as surely as his personal life is built – he married Ukrainian player Svitolina this summer. “The desire is there, otherwise he would not be there, analyzes Simon, who knows his little illustrated Monfils well.” He wanted to take a really different path, the results don’t follow, so it’s not easy. He has trouble finding the right balance, it’s always like that when you’re looking. I don’t know what’s going on in his head… Anyway, it’s always a mess, even when things are going well. Günter Bresnik’s new protégé will make his debut on Tuesday against Spaniard Ramos Vinolas. We will quickly be fixed …