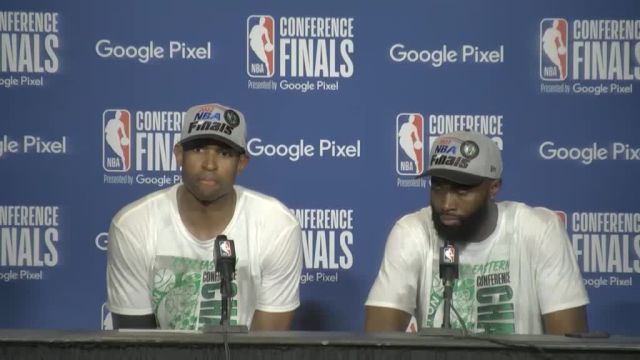 Jaylen Brown, after Boston qualified for the NBA Finals: “That’s us. We have responded all year, all season, to adversity. Today was the biggest test, not only of the year but also of our careers, to mentally show up to an away game 7 after losing on our home ground, which was difficult, and we we did. It’s hard to win in this league, especially in the play-offs. Every night things can be different, but a good team is capable of reacting.

A good team is capable of giving its best every night. We felt like a few matches slipped away from us, and instead of carrying them as a burden, we carried them as a sign of experience to help us prepare for the next match. We have been tested. We have been through a lot of hardships. We’ve learned a lot over the years, and now that the show is at its peak, we need to apply everything we’ve learned in those times. »

Al Horford: “This journey is not easy. We had a difficult journey. Brooklyn, Milwaukee, the defending champions, and Miami, they’re a team, look what they’ve done, they’ve pushed us to the brink. For our group, it’s resilience, it’s changing pages, moving on, and we’ve done that all season.

I really noticed it, and I was telling JB, it was February, early February, when I noticed how we started to click. People were saying, you beat teams that don’t have players, who are injured and all that, and I was saying, it doesn’t matter, I see something different in the way we play. That’s how we’re going to continue, and that’s what we did. »

List of the most obese people.. Learn about the ranking of Arab countries