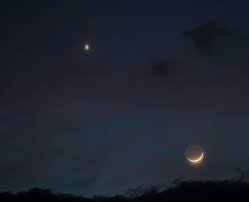 The Astronomical Society in Jeddah said that Venus will reach the highest point in the sky during its morning appearance in 2022 with the sunrise of Monday, February 28, shining at a height of 33 degrees towards the southeast horizon, and it is easily seen with the naked eye.

And the Jeddah astronomer added, in a statement, that the planet Venus moved to the dawn sky in early January 2022, and when it is currently monitored with the telescope, its disk will appear illuminated by 37% with sunlight.

She said that the phases of Venus can be accurately determined. When the planet is in the evening sky and passes between the Earth and the sun – as happened on January 9 last – the distance between the Earth and Venus was decreasing, so that the inner pairing occurs, but the size of its apparent disk is large; Because it was close to our planet.

She added, “Now that Venus passes between us and the sun and the distance between Earth and Venus increases, the planet’s disk has increased in brightness, but the size of its apparent disk is diminishing as a result of its distance from us, and by October, the disk of Venus will be 100% lit by the sun’s light, and at that time – the planet will be five times further away.” from Earth from now on, and it will be less bright.