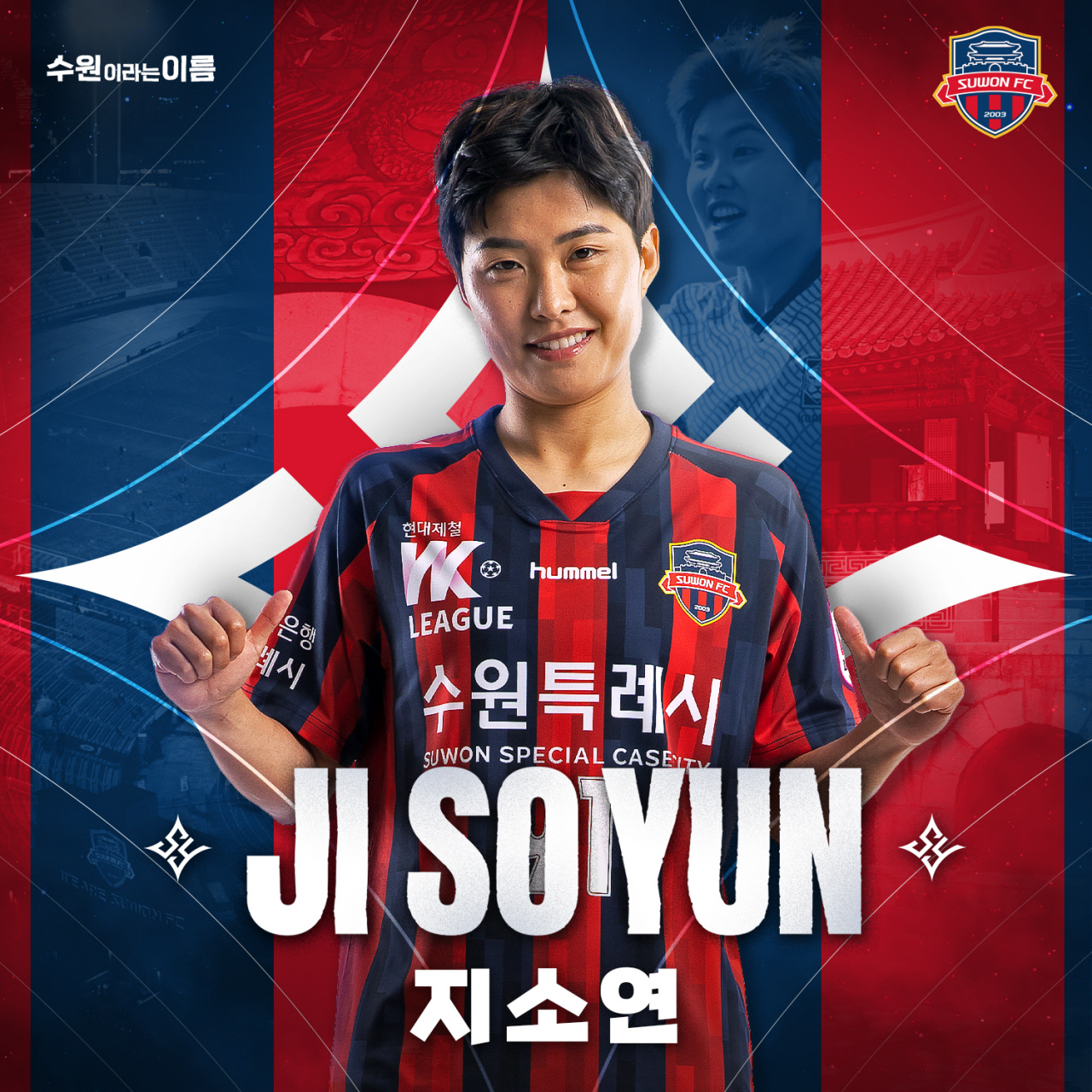 Suwon FC Women officially announced the signing of Ji So-yeon on the 24th. According to Suwon FC Women, Ji So-yeon signed a contract on the 23rd after completing a medical test. Suwon FC Women, who are currently 4th in the league with 15 points (4 wins, 3 draws and 3 losses), have national representatives such as Moon Mi-ra, Jeon Eun-ha, and Chu Hyo-joo.

Ji So-yeon, who started her professional career with Ainak in Kobe, Japan in 2010, scored 21 goals in a total of 48 matches over three seasons. entered the UK for the first time.

Ji So-yeon, who scored 68 goals in 210 official matches for Chelsea, has won the WSL 6 times, including the 2017 spring season, the Women’s England Football Association (FA) 4 times, the League Cup 2 times, and the Community Shield 1 time. .

As soon as he debuted on the English stage, he was awarded the WSL Player of the Year and PFA Player of the Year award, and also set a record as the first non-British player to play in 100 and 200 WSL matches. Ji So-yeon, who contributed to Chelsea’s two consecutive FA Cup victories in the 2021-2022 season and two victories in the regular season, is starting a new challenge in Korea.

Ji So-yeon said, “It’s an honor to be able to live my first WK League career as a Suwon FC women. I will do my best to go back to the beginning and become a player who can help the team.”

Ukraine: Russian offensive ‘in its most active phase’